The Bold and the Beautiful News: Denise Richards Cast In New Spanish Series 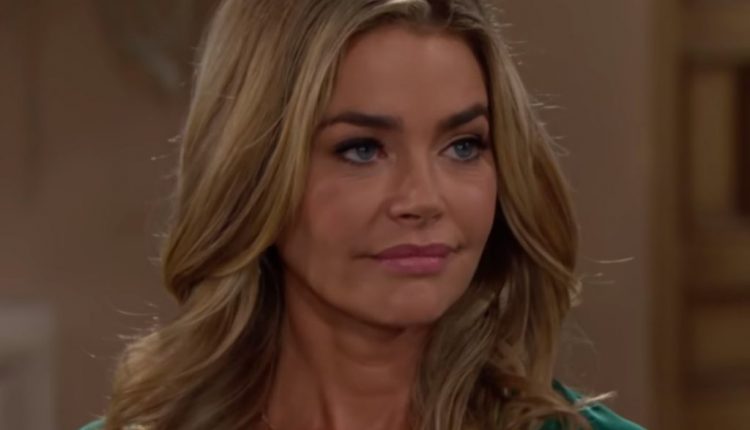 “The Bold and the Beautiful” Denise Richards is gearing up for another project. Richards, who plays Shauna Fulton on B&B, has been cast in the new Spanish series called “Resplandor y tinieblas.” The actress will then be coming to Spain to film the project.

The Bold and the Beautiful News – Spanish Series Production

“Resplandor y tinieblas” will be helmed by José Luis Moreno (as writer and director), in partnership with Dreamlight International Productions.

The Spanish series is set in the Middle Ages, telling the stories of some of the most prominent characters of the period, particularly Francisco de Asis. “A time when ambition, cruelty, religion and the clash of Christian and Saracen cultures make it a spectacular period of history,” the synopsis said.

The Bold and the Beautiful Spoilers: Hope’s Critical Choice Could Cost Her Everything She Holds Dear

Denise Richards has been stirring trouble as Shauna Fulton in “The Bold and the Beautiful” since April 2019. Most recently, she’s gone between Ridge Forrester and Brooke Logan, becoming instrumental in the fall down of their marriage.

She first appeared as Shauna, Flo Fulton’s mother, when Flo called her to ask about her own father. Flo met Wyatt Spencer in LA again, and she was inspired by him finding his biological father. They all initially thought that Flo’s father is also Bill Spencer, but it turned out to be Storm Logan.

The drama continued when Shauna found out Flo’s role in the Baby Beth swap. She tried to protect her girl, but she was still sent to prison. Ridge helped release Flo, and Shauna was grateful.

The veteran actress has been easily recognizable among soap viewers, as she is known for many other projects. She is popularly known for her role in “Starship Troopers” (1997), “Wild Things” (1998), and “The World is Not Enough” (1999). She joined “The Real Housewives of Beverly Hills” Season 9, which is now gearing up for Season 10.

Richards is recently involved in rumors that her castmates in RHOBH think she is “done with the show.” Spoilers say that the actress had a fight with Brandi Glanville.

A source said that her castmates “feel she has no interest in being around them anymore, as she hasn’t filmed in a group setting in ages after saying she’d show up and not.”

The Young and the Restless Spoilers: Nick And Sharon Grow Close – Devastating Health News Bringing Them Together