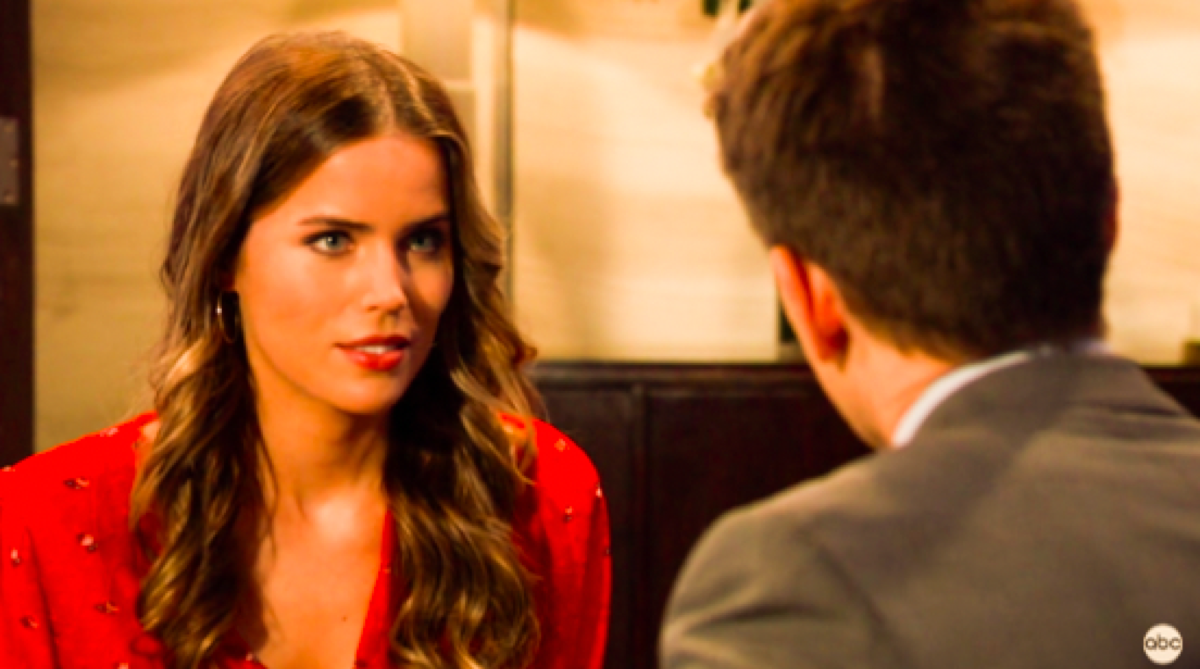 General Hospital spoilers for Friday, February 28 tease another exciting day of drama for GH fans with plenty of suspense and confrontations!

Michael Corinthos (Chad Duell) talks to his girlfriend Sasha Gilmore (Sofia Mattsson) about Wiley/Jonah Corinthos (Erik and Theo Olson), likely about how she feels about being a possible stepmother somewhere down the road since he tells her “I’m Wiley’s father – that changes everything!”

They have been together for a long time, through many challenges – General Hospital viewers cannot imagine that the couple would break up over Michael having his child again!

TJ Ashford (Tajh Bellow) is taken aback when Molly Lansing-Davis (Haley Pullos) turns down his marriage proposal! General Hospital viewers will recall from Thursday’s episode that he set up a romantic dinner in the Metro Court where he planned to propose, and she had told him that although she loves him nearly more than life, that she doesn’t want to marry him; TJ is shocked and asks, “You’re actually saying no?!” Viewers can expect that her explanation will be that she doesn’t believe in the institution of marriage for political reasons!

Elsewhere, Detective Harrison Chase (Josh Swickard) talks to Willow Tait (Katelyn MacMullen) about Wiley. He talks to her about the very best choice for that little guy, and she responds that she thinks that she knows what that is. Willow is having a very difficult time adjusting to the idea that the Wiley she got to know, cared for, and loves is not the baby she gave away for adoption and that her baby died.

After calling Jason Morgan (Steve Burton) on the phone and giving him the information about Cameron Webber’s (William Lipton) rideshare and the kidnapping message she texted him, now she appears to be calling the police! Jason told her she knew the rideshare guy but didn’t tell her that it was one of Cyrus Renault’s (Jeff Kober) goons, and she had also told him that Trina Robinson (Sydney Mikayla) was with him.

Now she’s on the phone telling someone that she wants to report a kidnapping, and it sounds like she’s calling the police with Franco Baldwin (Roger Howarth) over her shoulder!

Meanwhile, at the address on Vineyard that Marcus Taggert (Real Andrews) responded to, he’s inside shouting “Where’s my daughter!” The goons must have taken Cameron and Trina somewhere inside the warehouse where they had them after showing them, or possibly somewhere else – Curtis Ashford (Donnell Turner) was waiting outside where he had obviously followed Taggert, and looking inside through a window and a fence with gun drawn. They couldn’t have gone far from the original location and Curtis not noticed!

GH Spoilers – Jason Morgan Warns Someone Not To Call The Cops

Meanwhile, Jason is on the phone with someone and tells them he’s on it, and not to call the cops! Perhaps Curtis called him for help? It’s too late about not calling the cops though because Liz did, possibly advised to do so by Franco! This is not going to be good when Cyrus and his goons realize the cops have been involved when Taggert was specifically warned not to call them!