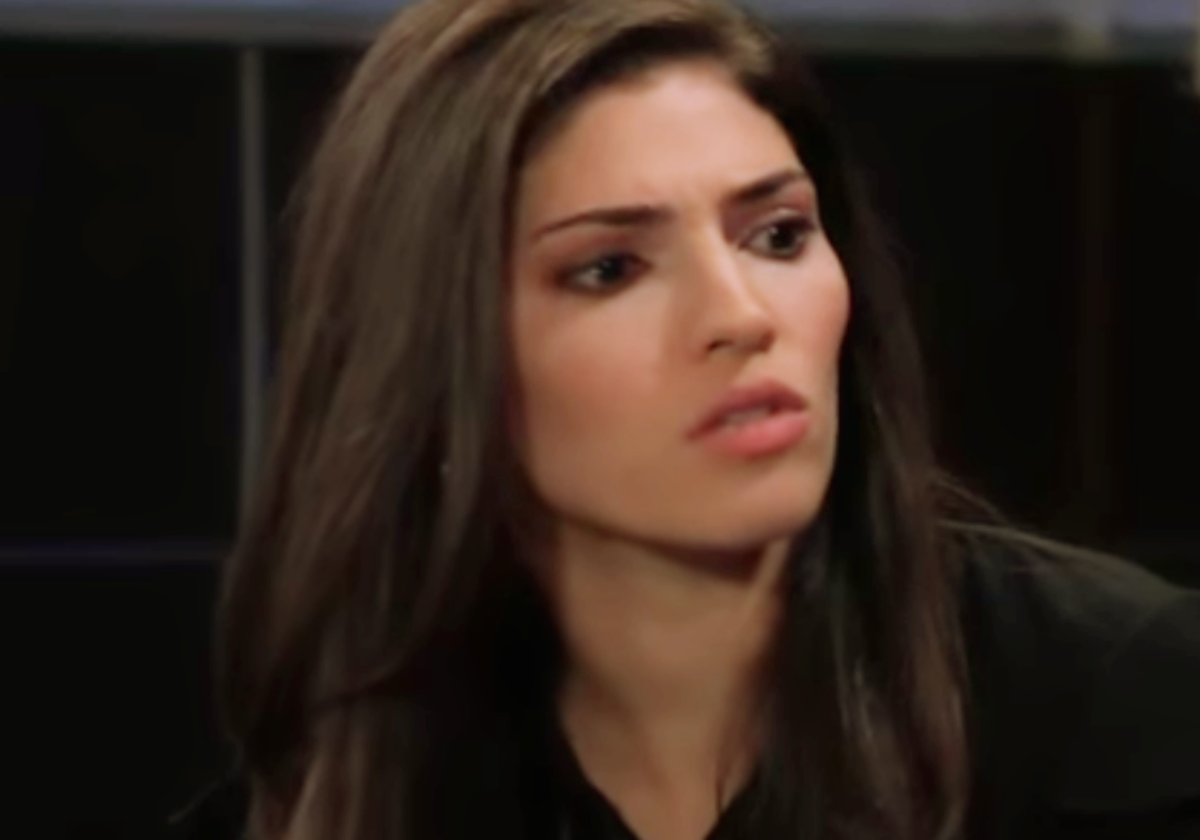 General Hospital’s Ned Quartermaine (Wally Kurth) has told Brook Lynn Quartermaine (Amanda Setton) that her free ride is over and he has demanded she find a job. Ned has even offered to let Brook Lynn work with him at ELQ but she refused. Brook Lynn needs money and is determined to get it. Will Brook Lynn blackmail Julian into supporting her until she can get out of her contract with her manager?

General Hospital’s Brook Lynn simply does not want to work. Brook Lynn expects her father to hand out money to her left and right while she does exactly what she wants. However, Ned is fed up with Brook Lynn’s outlook on life and is determined to make her grow up or else.

Ned feels that Brook Lynn should have stayed with her mother as her manager and she would not be in the mess she is now in. Brook Lynn wants everything her way and doesn’t want to hear that it can’t happen that way. Brook Lynn will do whatever it takes to NOT listen to her father.

General Hospital’s Julian already knows he is a dead man if the truth comes out. Julian isn’t about to let Brook even hint to Sonny that he knew about this baby switch. Sonny Corinthos (Maurice Benard) would not give killing Julian a second thought. Sonny doesn’t need an excuse to want to kill Julian. Sonny can’t stand Julian and never could. What will Julian have to do to keep Brook quiet? Is Julian willing to do anything it takes to keep Brook happy to insure the truth doesn’t come out?

General Hospital’s Brook Lynn used to sing at Jake’s years ago all the time. Of course, Brook Lynn was usually flirting with someone especially Nikolas Cassadine (Marcus Coloma). Brook Lynn is not supposed to sing anywhere without her manager’s approval. However, Julian might be able to keep the manager out of Charlie’s so he can write and sing her new material.

However, Brook Lynn could simply expect Julian to pay her for her silence. Brook Lynn is used to living in Quartermaine style and Julian is also paying for Brad Cooper’s defense lawyer. Julian doesn’t have a mob business any longer and Brad’s defense could get very expensive. Can Julian afford both Brad and Brook Lynn? Will Julian go alone with Brook Lynn’s plan or let her do her worst? Sonny may be Brook Lynn’s honorary uncle but that doesn’t mean he will believe her theory.

Is Julian willing to gamble with his life? Can Julian help Brook Lynn stay out from under her manager’s radar? And don’t forget to check back here regularly for all your General Hospital news, information and spoilers!

The Bold and the Beautiful Spoilers: Shauna In Limbo – Does Ridge Romance Still Have A Chance?