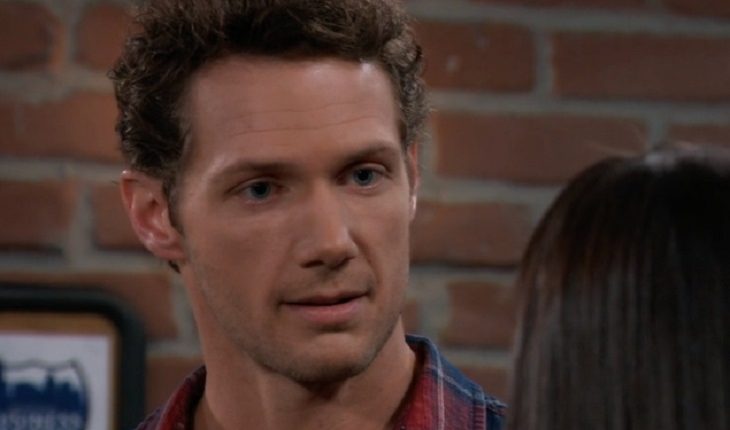 General Hospital Spoilers & updates hint that Brando Corbin’s (Johnny Wactor) past may be explored when the show comes back with new episodes. Brando has been making waves in Port Charles ever since his arrival. However, not much is known about Brando’s past, and many have been wondering what secrets he may be hiding.

When he first appeared in Port Charles, he seemed eager to leave, but after being in Port Charles for a while, he decided to settle down instead of leaving when he had the chance. However, when new episodes return, his past may be explored, and viewers may learn more about the new character.

Not much is known about Brando’s past at the moment other than him being related to Sonny Corinthos (Maurice Benard), but his reasons for being in Port Charles are still questionable at best. However, there is still a good chance that Brando may not be exactly who he says he is as Mike Corbin’s (Max Gail) reaction upon seeing him did raise some concerns for viewers and hinted that there might be more to Brando then meets the eye.

Brando has been settling down in Port Charles as he opens up his garage and begins repairing cars. He may even be involved in an upcoming love triangle involving TJ (Tajh Bellows) and Molly Lansing-Davis (Haley Pullos) as Molly and Brando are still holding the secret from TJ, which may also be revealed once the soap comes back with new episodes. With Brando being involved with these storylines, it would make sense for them to begin to flesh out the character by exploring his past.

Although some viewers may have some suspicions when it comes to Brando, many of the characters who have met Brando are not to worried about him. However, before the show ran out of new episodes, it seemed that Jason Morgan (Steve Burton) might have been a little suspicious of Brando after his talk with him. Could Jason be the reason that Brando’s past is explored?

What do you think? Should Brando’s past be explored when new episodes return? Do you think Brando is who he says he is, or is their more to the story?We’ll give you updates as GH news comes in. Stick with the ABC soap, and don’t forget to check Soap Opera Spy often for the latest General Hospital spoilers, updates, and news.