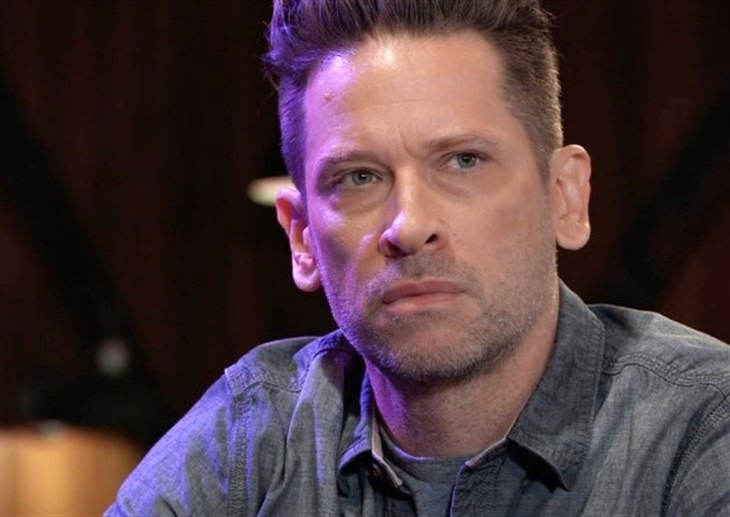 ABC General Hospital spoilers tease the ghastly news that Franco Baldwin (Roger Howarth) is in bad shape in Port Charles, NY. After a series of disquieting incidents, Franco has been informed that his brain tumor is back. To be specific, he was told that his front lobe tumor if malignant.

This is not good news anyone wants to hear, but it is especially devastating for Franco who has worked so hard to turn his life around. But it does explain the freaky occurrences such as the destruction of his commissioned portrait, his nightmare and his passing out at the Floating Rib.

Franco Baldwin first appeared as Franco—just one name, Franco. That’s because his reputation as a sick and twisted artist preceded him and he needed no other recognition than just his first and infamous name.

One-name Franco was a deranged psycho killer and on top of that, he had a nasty habit of kidnapping women and terrorizing them and their loved ones. It’s been a long time since Franco got up to mischief but we think it’s his turn now. The show has a history of reviving evil characters and last time it was Ryan Chamberlain (Jon Lindstrom) which means it’s Franco’s turn now.

#2 Franco Is Developing A Nice Bromance With Cyrus Renault

Secondly, Franco can’t leave in the middle of his growing bromance with Cyrus Renault (Jeff Kober). He was downright giddy to buddy around with the bad guy, and their back and forth had an oddly charismatic quality to it.

Of course, they have both dabbled in some serious criminal behavior, so maybe they are bonding over shared mayhem? Whatever the reason, Franco invited Cyrus to Karaoke Night and for once we saw a human side to the mobster. Cyrus needs friends and understanding, nonjudgmental Franco could be a great friend to Cyrus and maybe even help him redeem himself as he has.

#3 Liz Webber And Her Family Would Fall Apart

Lastly, we all know that Liz Webber (Rebecca Herbst) is always one minute away from a tragedy. Franco has been her saving grace in recent years and if he left she would fall right back into the emotional dumpster she used to live in. Besides, no one really wants her to get involved with Nikolas Cassadine again but if Franco left it seems inevitable that she would do just that.

Days Of Our Lives Spoilers: Ron Carlivati Posted A Zombie Filled Halloween Episode That Never Made It To Tape