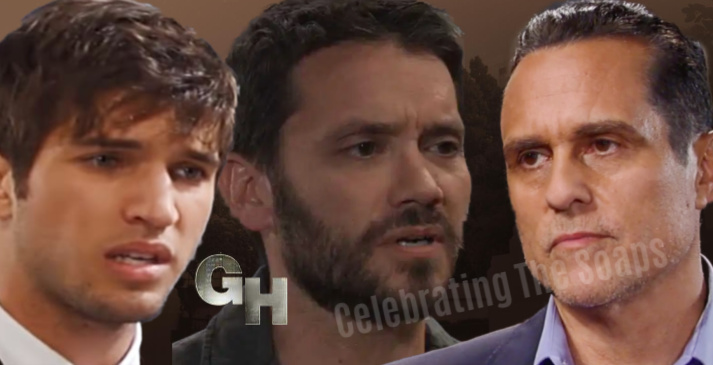 ABC General Hospital spoilers and updates for the week of June 29-July 3 teases that Sonny Corinthos (Maurice Benard) and his children will steal the spotlight in some action-packed encores. It’s no secret that Sonny has a complicated family, but he’s certainly got a lot of love for his kids. Things tend to get messy for the Corinthos clan at times, so let’s look at the highs and lows the show plans to revisit.

Monday’s GH episode takes us back to an episode that first aired on January 29, 2010. In this classic, Dante Falconeri (Dominic Zamprogna) has big plans to arrest Sonny. However, Dante holds off on moving forward with those plans so Sonny’s family can have one last special day with him.

After Olivia Falconeri (Lisa LoCicero) reveals to Dante that Sonny seems preoccupied, Dante’s concerned over the news. Later, “Dominic” meets with Sonny and gets updates on a shipment that needs to be secured. After “Dominic” calls Sonny out on the obvious setup, he eventually starts to make the arrest.

Sonny responds by whipping out his gun and lets the good detective have some last words before shooting him. As “Dominic” bleeds on the floor, Olivia appears and screams in horror. Olivia calls Dante by his real name and tells Sonny he just shot his own son. 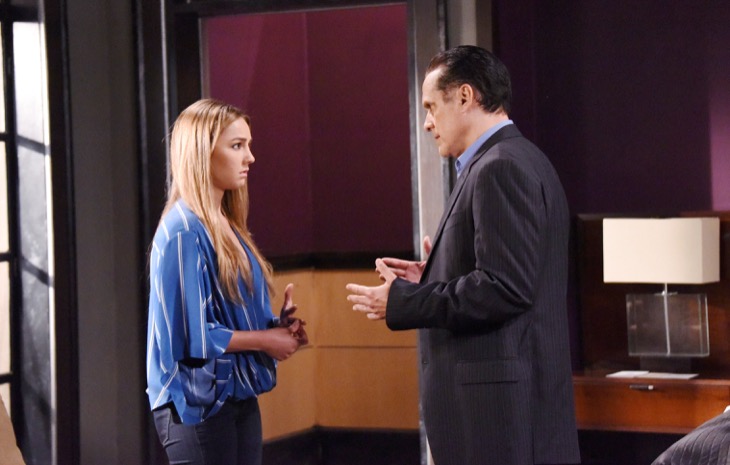 Tuesday’s encore is all about Sonny’s relationship with Kristina Corinthos-Davis (Lexi Ainsworth), so let’s throw it back to June 4, 2010. In this episode, Kristina tries to help Sonny understand her perspective in an intense therapy session. Sonny views abuse as a physical issue, but Kristina wants Sonny to see there’s more to it than that.

Kristina confesses that her decision to stay with Kiefer Bauer (Christian Alexander) was partly about Sonny and his behavior. Sonny ends up losing his temper and blames the therapist for putting this idea in Kristina’s head. Kristina and Sonny don’t manage to resolve their problems in this episode, but at least they’re trying!

Now let’s check out the action happening in Wednesday’s classic, which first aired on November 10, 2014. General Hospital fans can expect some gripping moments as Michael Corinthos (Chad Duell) holds Sonny at gunpoint and vows to make him pay for killing AJ Quartermaine (Sean Kanan). Sonny invites Michael to pull the trigger, but he promises he loves his son no matter what.

Dante and Morgan Corinthos (Bryan Craig) wind up bursting in to stop Michael, who finally relents and lowers his weapon. Michael insists that’s the only mercy Sonny will get before Dante places Sonny under arrest.

On Thursday, General Hospital’s delivering a blast-from-the-past episode that was first shown on June 29, 2015. Michael’s settled down enough to give Avery Corinthos (Ava and Grace Scarola) back to Sonny, but he doesn’t know if they’ll ever truly be father and son again. Sonny and Carly Corinthos (Laura Wright) are proud of Michael for doing the right thing, but Michael offers a warning.

Since Avery will grow to worship Sonny one day, Michael doesn’t want Sonny to let her down. After getting reassurance, Michael shares a tearful goodbye with Avery and promises he’ll always be there to watch over his sister. 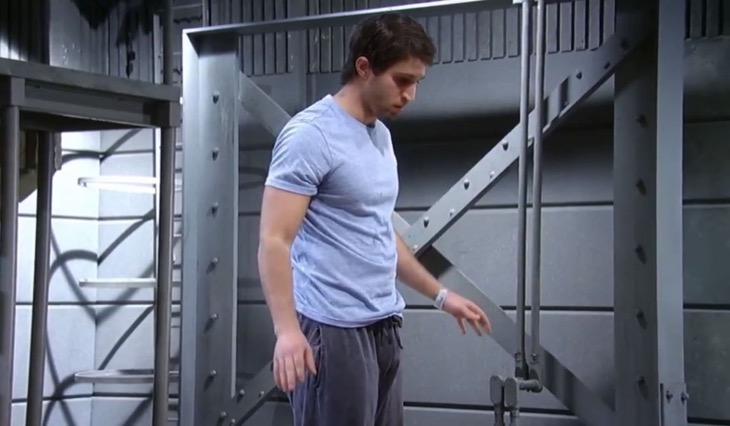 Friday’s episode will finish off this week of complex relationships with a classic from February 26, 2016. Morgan contemplates suicide on the rooftop at GH, where he has a horrifying vision of Kiki Jerome (Hayley Erin). Kiki offers to help Morgan end it and extends her hand, but Michael shows up and insists Kiki’s still in surgery following her gunshot wound.

Michael struggles to convince Morgan to come down off the ledge, so Sonny ultimately gets up there with him. Since Sonny feels responsible for passing his own condition down to Morgan, he contends that they’ll jump together if Morgan won’t change his mind. Sonny convinces Morgan that it’ll break his heart if his son takes the plunge, so Morgan finally surrenders and climbs down.

The Bold And The Beautiful News and Updates: Dolls A Laughing Matter, But It’s Also Smart – Creative Solutions Could Keep Soap Alive