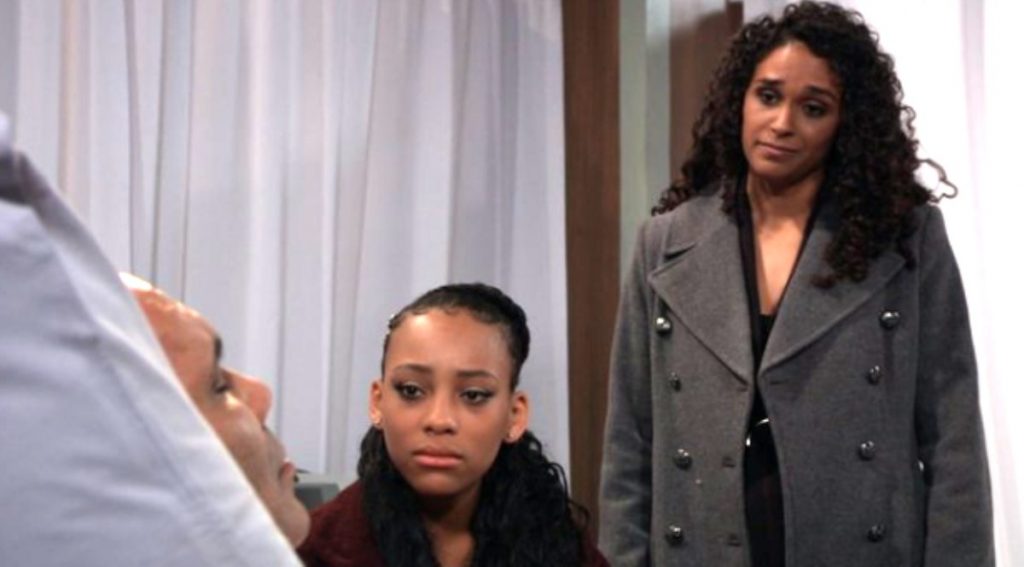 Welcome to your Monday, March 2nd General Hospital (GH) recap!  We begin our day at the Corinthos mansion where Carly Corinthos (Laura Wright) asks Sonny Corinthos (Maurice Bernard) how Dev and Joss are doing? He says they are fine, arguing per usual and tells Brando that he should stay with them for protection.

At the Quartermaine mansion, Michael Corinthos (Chad Duell) asks Willow Tait (Katelynne Mcmullen) to please remain a part of Wiley’s life. Willow says she loves Wiley so much and that’s the reason she needs to let him go.

At General Hospital (GH), Elizabeth Webber (Rebecca Herbst) is worried about Cameron after the kidnapping and shooting. Cameron Webber (William Lipton) shows up unharmed and they hug.

General Hospital Spoilers: Could Valentin Actually Be A Quartermaine?

General Hospital Spoilers – Marcus Taggert is on his deathbed

At General Hospital (GH) Jason Morgan (Steve Burton) and Trina Robinson (Sydney Mikayla) are frantic about her dad after the shooting. Epiphany Johnson (Sonya Eddy) says he is being prepped for surgery now.

Epiphany tells Trina that she can sit with her father as she grabs his hand. Taggert opens his eyes and asks to see Jordan and Curtis.

GH Spoilers – Jordan Ashford is furious with her husband

At General Hospital (GH), Jordan Ashford (Brianne Nicole Henry) runs toward her husband and they embrace. She asks if he’s okay and then lays into him about not contacting her for back up and support. Curtis relays to Jordan that the kidnappers said to not contact the police.

Jason says to Curtis that whats happening between Taggert and Cyrus is obviously personal and very dangerous. Mayor Laura Spencer (Genie Francis) shows up and asks for an update of what happened.

Willow Tait (Katelynn Macmullen) says she appreciates what Michael is trying to do but Wiley is not her baby. Willow says losing her own baby has been too painful and she does not want Wiley to pick up on her negative energy. Willow says never knowing her son had died is haunting her.

Jason calls and updates Sonny on what happened, he insists on coming to the hospital.

Elizabeth Spencer (Rebecca Herbst) asks her son Cameron for details about what happened and he explains that the driver kidnapped them. He explains that there was a huge shoot out and he somehow got away and ran. A man chased him till he fell and Jason shot the man in the back.

Elizabeth thanks Jason for saving her son’s life and wonders if the danger will continue.

Sonny shows up at the hospital to see Taggert and learns that Trina is his daughter. Sonny says he will look after her.

Trina asks her dad Taggert to stay in Port Charles and meet all her friends. Sasha sees Wiley at the mansion and does her best to convince her to stay in Wiley’s life.

There is a blood clot complication and Taggert dies – Trina begins screaming and Elizabeth comforts her. Laura goes to see Cyrus who talks down to her. They argue and she says they have enough evidence to put him in solitary confinement………..flash to preview

The Bold and the Beautiful Spoilers: Is Steffy Keeping Thomas’s Secret Worth It?