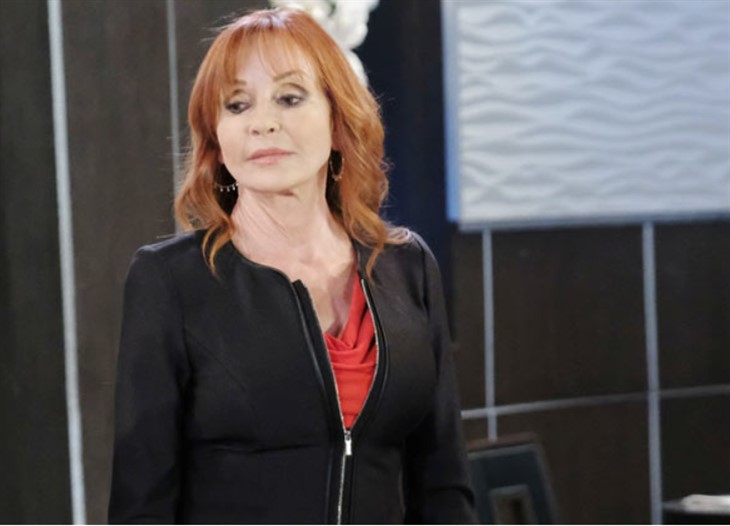 ABC General Hospital star Jacklyn Zenman (Bobbie Spencer) has certainly seen everything behind the scenes, especially the good, the bad, and the ugly. But if there’s one moment that she recalls the most, it’s one that could have turned out to a complete disaster for her, both professionally and personally speaking. Here’s what she has to say.

Speaking to Soap Opera Digest, Jaclyn recalled filming one of her first General Hospital weddings, which just happened to be the same day that she had a hot date with Lifestyles of the Rich and Famous host, Robin Leach.

Because Jaclyn happened to be (and still is) one of the biggest and most popular daytime television stars, Robin came over to her house to do a segment on her and her lifestyle. The actress says that her makeup artist told her that Robin looked like he had an interest in her and before she knew it, he asked her out for a date. However, the date didn’t turn out as planned.

Unfortunately for Jacklyn, she got terribly sick before their first date. She told the publication in an interview, “We were shooting the wedding and they had ordered sandwiches from a deli. When I ate them, I got the worst food poisoning of my life before we shot the wedding scene! But I wasn’t going to miss that date. So that night Robin picks me up, he has a limo and is all fancy.”

Jacklyn went on to say that when she ordered dinner, Robin noticed that she didn’t eat that much, which isn’t like her at all. She then told him the truth about what had happened on the set of the show earlier in the day and after she knew it, Jacklyn said, “Robin laughed and it was the beginning of our long-term friendship.”

The rest, as they say, is history. It’s a good thing that at the end of the day the two of them shared a laugh about it!

Days Of Our Lives Spoilers: Is This The End For Kristen DiMera?