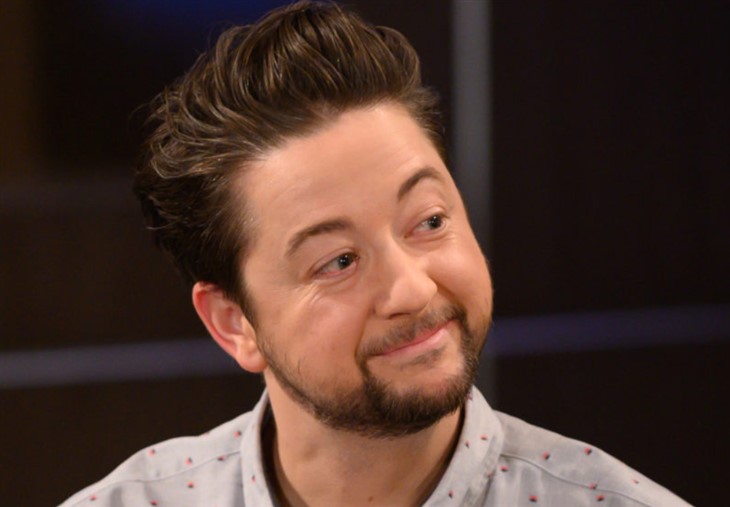 General Hospital spoilers reveal what exactly life has been like lately for Bradford Anderson aka the Spinmeister. He plays Damien Spinelli on the ABC sudser and he recently sat down for an interview with an ABC news affiliate to spill about what he and his family have been up to in recent days.

For one thing, we learned that Bradford is in Sacramento, the California state capitol. And according to him, the temps have been off the charts there!

When asked how he’s been doing lately the perky guy relayed, “I can’t complain.” He is living in Sacramento and according to him, it’s all good because the town’s neighborhood pool opened a couple months ago. Which is good since he is reporting, “110-degree weather this week.”

Bradford has been a very busy boy these days, much of it with his GH costar Steve Burton who plays Jason Morgan. Bradford said they have kept doing their podcast and YouTube show but they do miss going on the road with their popular comedy show.

When asked about the new episodes on GH he pointed out that the Nurses Ball is on this week. According to Bradford, Spinelli shows up and there are, “great performances” and “great drama,” on tap.

About being back on the set he says that “Any sense of normality is lovely.”

General Hospital Spoilers – What Has Bradford Anderson Been Doing With His Many Projects?

He also ran down exactly what is the status of his many projects. For instance, his Stone Cold and the Jackal live comedy show has been shut down until further notice due to COVID. He said that when they are on the road fans get to see Steve be completely different, and they say, “Wait a second. Steve has a personality?!”

But he says he tries to reach out to fans as often as possible and each week they have a live show on Facebook and three times a week they do a YouTube show which includes interviews with their costars.

Plus, once a week he calls GH fans to try to surprise them!

He admitted that his material has been affected by what’s going on with the virus, and said it’s, “not viable to go on the road,” so they are putting most of their energy into, “digital stuff.”