General Hospital JaSam Spoilers: How Would Sam And Jason’s Life Be If Baby Lila Had Lived? 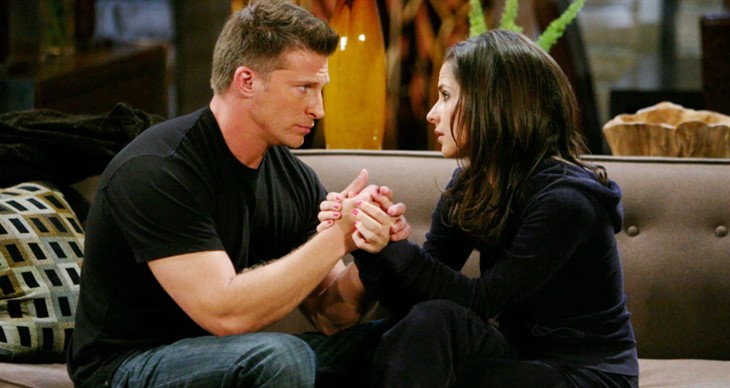 ABC General Hospital spoilers show Sam McCall (Kelly Monaco) and Jason Morgan (Steve Burton) were planning to raise her daughter Lila together. However, Lila was stillborn. How different could Sam and Jason’s life have been if Lila had lived?

If Baby Lila would have lived, Jake Spencer would have never existed as Jason’s son. Sam and Jason wouldn’t have split up and Jason would not have slept with Liz Baldwin (Rebecca Herbst). Perhaps Lucky Spencer (Johnathan Jackson) and Liz would still be together as well. At least Lucky might still be in Port Charles and be a part of his children’s lives. Jake would have been a Spencer and his kidnapping would have made sense.

General Hospital’s Kristina Corinthos Davis (Lexi Ainsworth) may not have survived. Sam didn’t want to risk inducing labor because she was afraid that her daughter wouldn’t survive. If Kristina had been made wait two more weeks for stem cell treatment she may not have survived. Kristina’s cancer was about to kill her when Alexis Davis (Nancy Lee Grahn) pushed Sam to allow doctors to induce labor to retrieve stem cells from Lila’s umbilical cord. Kristina needed immediate help and could have died without it. Sam had agreed to let the doctors induce labor before she collapsed. If Sam had gone into the hospital before her collapse, could Lila have been saved? Would Sam’s daughter be alive today if she had agreed sooner? Could both Kristina and Lila have lived?

General Hospital’s Jason was cheated out of being there during Sam’s pregnancy with Danny Morgan (Porter Fascullo). If Sam and Jason had stayed together, Jason would have been there through the pregnancy. Danny would have probably been born years before he was. Sam and Jason would probably never separated at all. However, Sam and Jason’s lives may have changed.

Sam and Jason’s lives could have been so different if Baby Lila had survived. However, Lila will always be special because she brought them together.