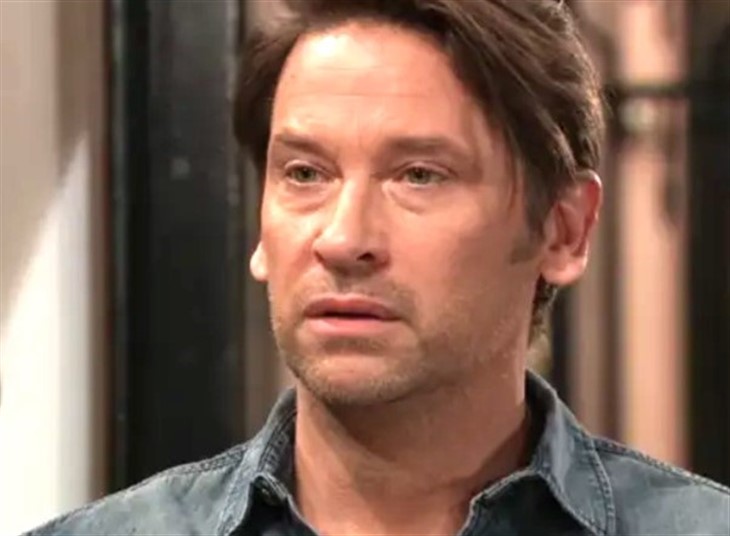 General Hospital (GH) spoilers tease that in Port Charles, NY Franco Baldwin (Roger Howarth) could be facing another health crisis on the ABC soap opera. All the signs are pointing another brain tumor, a thought that sends, the GH viewers into panic mode thinking that he could die!

One clue that Franco could have a brain tumor is the fact his personality is colder and darker than it once was. Supposedly, that is a big clue that all is not right with Franco.

General Hospital Spoilers – No One Is Safe

William DeVry, the actor who plays Julian Jerome, is exiting General Hospital in a few weeks. His exit was a shock to many people as they saw him as a iconic character. Many viewers feel the show will not be the same without Julian, especially since a big part of the storylines have revolved around his beef with Sonny Corthinos (Maurice Benard).

And Julian isn’t the only one that will be leaving GH either. Emme Rylan, the actress who plays Lulu Spencer is leaving the ABC soapster too. With so many major characters being written off the show, it’s hard to not jump to the conclusion that Franco’s brain tumor is back and this time, it could kill him.

On the plus, the Valentine’s spoilers reveal that Liz Franco (Rebecca Herbst) and Franco will have a special day together. They will celebrate and share a few romantic moments. That is a bonus for the GH fans as the couple have been so focused on his health lately, trying to figure out his memory issues and his dizzy spells.

One General Hospital rumor stated that in the weeks ahead, Franco will return to his dark days and it will scare Liz. The last time he went completely dark, before they discovered he had a brain tumor, he killed several people.

It’s unlikely that Franco will go that dark, but it is possible his behavior will confuse Liz and push her away. When someone has a brain tumor, their personality often changes. Of course, Liz being a nurse should know this, but it might be too much for her to bear

Hopefully, Liz and Franco can make it work despite his health challenges. It’s been a rough year for them, but it looks like there could be some light at the end of the tunnel. Do you think Franco will go rogue again? Do you think he could be the next actor to announce his exit?

The Young And The Restless (Y&R) Spoilers: Jason Canela Says He’s Always There For His Rosales Family

The Bold And The Beautiful Spoilers: Sibling Rivalry Explodes, Paris Given Everything Zoe Had To Work For