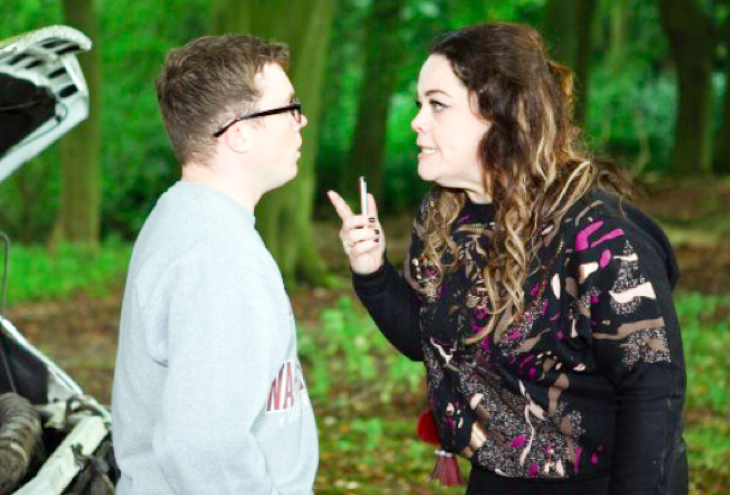 Emmerdale spoilers hint that Mandy Dingle (Lisa Riley) will bump into Vinny Dingle’s (Bradley Johnson) father when her plans are ruined. Mandy has put herself in charge of Sam Dingle (James Hooton) and Lydia Dingle’s (Karen Blick) party. However, it seems that things may start to go wrong when the parties start. How might this play out? 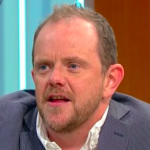 Mandy recently decided to help Lydia and Sam with their parties before their weddings. Even though Lydia is nervous about having the help, she decides to let her contribute and plan the parties. However, it seems that this may backfire on them as Mandy’s plans fall apart. As Mandy’s plans for Lydia’s hen, Mandy decides that she will whisk Lydia away from the village for a night on the tiles. On the way to their location, they are left on one of the country roads by their taxi driver. This causes more drama as Mandy realizes that she has lost track of Lydia while arguing with the taxi driver. This leaves her alone in the middle of the country during the night and struggles to find out where Lydia may be. Things get worse as she falls into the undergrowth and still has no idea where Lydia may be.

Things brighten for a while when word gets back to Mandy that Lydia has arrived back home and is safe and sound. So she decides that she will hitch a ride back. She then finds a passing driver hoping that they will help her get back to Emmerdale just in time for Sam and Lydia’s wedding.

Emmerdale Spoilers: Kim Tate To Be Taken Down By Old Rival https://t.co/57WYZ3tetP pic.twitter.com/xnYXeEcUUE

To her shock, she comes face to face with Vinny’s biological father, Paul (Reece Dinsdale). This will be the first scene that will introduce the new character that viewers have only heard about recently. It seems that Paul came back to reconnect to Vinny, but this makes Mandy upset and leads her to lie to him about Vinny’s whereabouts. This works as Paul drives away feeling defeated.

Mandy has managed to get Paul off Vinny’s trail, but how long will that last? What do you think? Will Paul find Vinny? Vinny has a more significant connection to Mandy then his father, so How might Vinny feel about learning about his father’s return? Be sure to catch up on everything happening with the soap right now. Come back here often for Emmerdale spoilers, news, updates, and rumors!