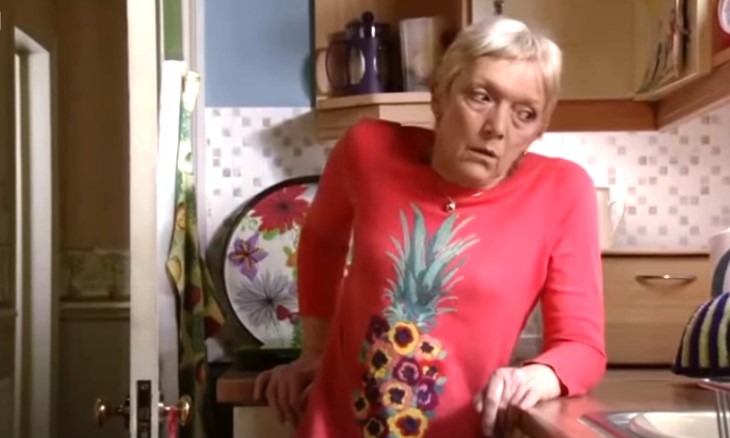 BBC Eastenders updates and spoilers for the week of May 18 reveal that Jean Slater (Gillian Wright) is taken away in an ambulance. Will she be okay? Meanwhile, Suki Kaur Panesar (Balvinder Sopal) has her suspicions. Phil Mitchell (Steve McFadden) is conflicted and Keegan Butcher-Baker (Zack Morris) gets himself in even more trouble.

As fans saw during a recent episode, Jean claims she has been taking her medication. However, Kush Kazemi (Davood Ghadami) doesn’t believe her. Instead of calling mental health services or her doctor, Kush and Shirley Carter (Linda Henry) crush up her pills and slip it to her disguised. 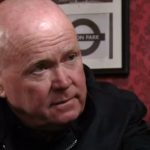 They may have meant to help, but what they ended up doing was putting Jean’s life in danger. She collapses and has a seizure, which leads to paramedics being called.

According to Digital Spy, Suki of all people will try to help Jean. However, she soon realizes that not all is as it appears. Suki is suspicious and she will likely be the person to discover the truth.

However, what will she do with this information? She isn’t exactly known for her noble character, that’s for sure. She could keep this information to herself and use it as ammunition or leverage later on. Or, she might redeem herself from the fake cancer story. Could she end up actually doing the right thing?

Eastenders spoilers reveal that there is more frustration for Ben Mitchell (Max Bowden). The surgery to help restore his hearing will be delayed once again. The decision stems from doctors worrying that Ben isn’t well enough to undergo an operation.

Linda Carter (Kellie Bright) will be confused about Phil. He seems more worried about The Vic sale than Ben’s surgery. Then, Phil learns that Ben’s surgery has been postponed. He wonders if he should take Ben off the job.

Eastenders spoilers reveal that Keegan uploaded the video that proves he is innocent. However, Tiffany Butcher-Baker (Maisie Smith) worries that it could actually make things worse. After all, there is still a pending investigation. She urges Keegan to tell Jack Branning (Scott Maslen) what he’s done.

However, Keegan refuses to apologize to Jack. Instead, he gloats about the public’s response to his video. Keegan thinks he is proving to everyone he is innocent, but could it just cause more legal trouble for the young man?

The Young And The Restless Spoilers: Victor Knows About Vegas – Adam’s Two Murders Too Much To Bear