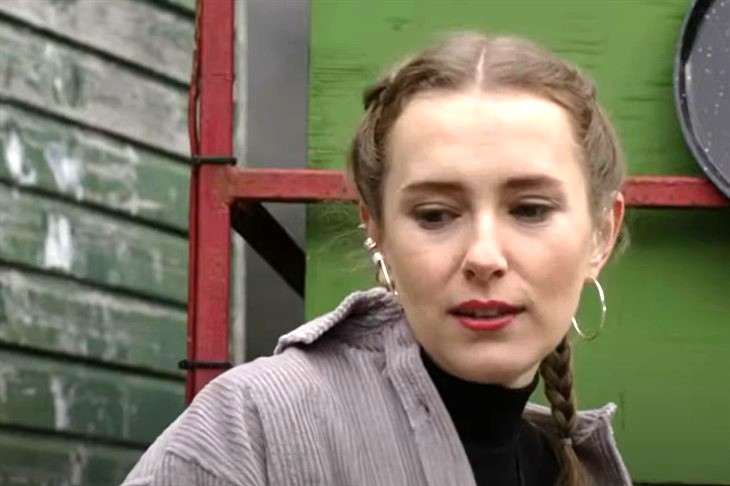 Eastenders spoilers for the week of November 2 reveal that someone gets suspicious in Walford when they learn that Mick Carter (Danny Dyer) has been calling Frankie Lewis (Rose Ayling-Ellis). Meanwhile, he opens up to Shirley Carter (Linda Henry). Kat Slater (Jessie Wallace) is seen hanging out with another man and there is a tragic accident.

On Monday’s episode, Kush Kazemi (Davood Ghadami) will be devastated when he finds out that Kat is out with another man. He assumes that he has lost everything, but would she really move on this quickly? Or is Kush jumping to conclusions?

Eastenders spoilers for Tuesday reveal that Kat has an idea of how to fix her family’s financial issues. However, Kush and Stacey Slater (Lacey Turner) don’t like it. Kat ends up going to Phil out of desperation. Meanwhile, Frankie returns and Linda Carter (Kellie Bright) knows something is bothering Mick. However, it seems that he might not be ready to tell her what’s really going on.

On Thursday’s episode, Keegan Butcher-Baker (Zack Morris) accidentally hits Rainie Highway (Tanya Franks) with his bike. She ends up confiding in Keegan and Tiffany Butcher-Baker (Maisie Smith) about her pregnancy. Then, there is concern that the baby might have been injured in the accident.

Mick lashes out at Linda for secretly asking for a medication review. Shirley demands to know why Mick has been calling Frankie. Will he bite the bullet and just come out with the truth or make up an excuse?

Shirley continues pushing Mick to talk to her. He finally opens up about his childhood. Will he explain his relationship to Frankie and what happened to him as a kid? The next person that needs to know is Mick’s wife, Linda.

He has been lashing out at her and being distant. However, will he have the courage to open up about what happened to him? We will have to keep watching the soap to find out.