Eastenders Spoilers: Mick Abused All Over Again, Katy Gaslights Him Into Silence 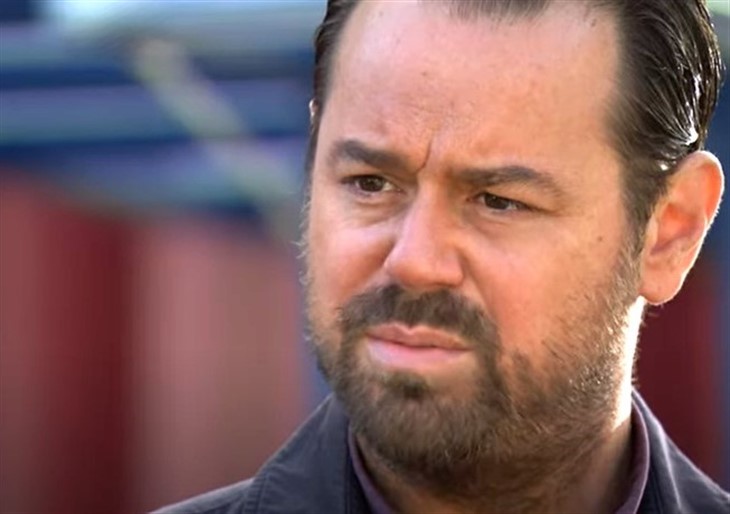 Eastenders spoilers reveal that in Walford Mick Carter (Danny Dyer) is being faced with the sexual abuse he went through when he was 12. It resulted in Katy Lewis (Simone Labhib) getting pregnant. However, Mick has kept that information to himself and now, Katy is in Walford. It is reported that she will manipulate her victim and force him to keep quiet about the abuse.

Katy’s daughter, Frankie Lewis (Rose Ayling-Ellis) kept showing way too much interest in Mick’s family. He finally confronted her about it, which led to her revealing that Mick might be her father. The bombshell forced Mick to relive everything he went through when he was a kid, including being sexually abused by a woman who should have been taking care of him.

Shirley Carter (Linda Henry) contacted Katy and now, the abuser has shown up in Walford. Mick is going to confront her about the abuse and pregnancy. However, Katy is going to turn the tables and claim he isn’t Frankie’s father, according to Entertainment Daily.

Now, she might be telling the truth. However, it is more likely that Katy is doing damage control. If the identity of Frankie’s father gets out, her facade as a care home hero will come crashing down. She wants to prevent being exposed as a pedophile who preyed on vulnerable children.

Eastenders spoilers reveal that Katy will mess with his mind in order to keep her sick secret. She will use psychological manipulation to villainize the victim while making it seem like she is the one being abused. Katy tells Mick there was never anything sexual between them, so it’s impossible for him to be Frankie’s father. She will subtly suggest that he is the real abuser… making Frankie think her mother is a pedophile and trying to tarnish Katy’s growing reputation.

It is common for abusers to turn things around and make their victims feel guilty. They try to play the victim card. They make the victims feel like they are the abusers, it’s their fault and they are to blame. Mick will question everything and Katy will take advantage of his fragile mental state.

It is teased that next week, Frankie will arrange for the three of them to meet. However, with Katy already messing with his mind again, has the abuser already won? Will he be coerced into silence? There might be a twist in this story.

We see Frankie as a decent human being who values honesty. We saw her reaction when she figured out Mick was only 12 when she was born. Frankie had no intention of destroying his life. She disappeared, which was for multiple reasons… shame over being a pedophilia baby, feeling rejected by the father she dreamed about all her life, and trying to close the can of worms she opened up. She suggested they go back to the way things were before. But once a shocking truth shatters everything you thought you knew, especially about your own mother… there is no coming back from that.

So, will Frankie force her mother to admit the horrifying truth and validate Mick’s trauma… that she is nothing more than a pedophile who preyed on innocent children?