EastEnders Spoilers: Linda Does Not Want To Sell The Vic To Phil – Can Mick and Sharon Change Her Mind? 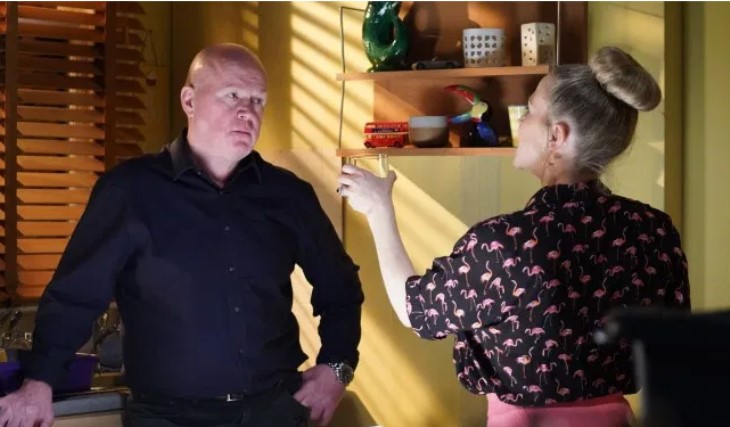 BBC EastEnders spoilers and updates hint that Linda Carter (Kellie Bright) will decide not to sell the Vic to Phil Mitchell (Steve McFadden). As viewers know, Linda and Phil have not always been on the best page, but since he was buying the Vic for Sharon, she decided to let him.

However, with his attitude change, she will begin to wonder if she made the best decision and will want to back out of the sale. On the other hand, Mick finds out about her change of heart; he and Sharon will decide to try and change her mind. Will they be able to get Linda to sell the Vic to Phil?

Linda and Mick have decided to sell Queen Vic as Quickly as they can, and when Phil approached them to buy it, they were hesitant. However, with Phil deciding to become Linda’s sponsor and Linda seeing how much he cares for Sharon Mitchell (Leticia Dean), she decides to let Phil buy the Vic. Things began to progress nicely as Phil was able to get the money for the Vic and Phil and Sharon were making plans to move into the Vic. However, things took a turn for the worse as Sharon and Phil bumped heads.

When Sharon returns to Walford, she is hit with instant regret about giving her son to Karen, and she realizes that she made a mistake. However, she realizes that taking Kayden back may be the reason her relationship with Phil is going to fail. However, the day that Karen is about to leave, Sharon decides to stop her and to get her kid back. This has lead to Phil ending things with Sharon altogether.

Linda will not be happy to learn that Phil is being hateful towards her best friend, Sharon. She will decide to tell Mick that she does not want to sell to Phil anymore due to Phil’s behavior. However, Mick is not happy to hear that and will go to Sharon in hopes of getting her help. Sharon knows that Linda has been through a lot and that her staying in the Vic is not a good idea. So Sharon agrees to help.

The Bold And The Beautiful Spoilers: Karla Mosley Discusses Body Issues During Pandemic