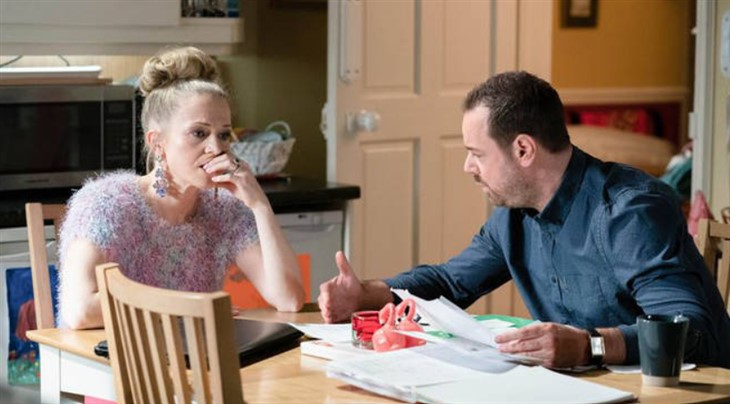 BBC Eastenders spoilers reveal that the Carter family will have another dark Christmas. Plus, there will be an exciting return, but the character isn’t necessarily someone who is welcome. Actor Danny Dyer, who plays Mick Carter, teased what fans can expect in winter 2020.

While the soap was on hiatus due to the COVID-19 pandemic shutting down production, it was teased that Mick would have a huge storyline. In fact, Dyer said that it is probably the best story that he’s had since being on the soap. Considering all the things that have happened to Mick and how long he’s been on-screen, it must be something huge.

Right now, we are seeing Mick struggle as he tries to find work after selling Queen Vic. We will also learn more about the root of his crippling anxiety.

Eastenders spoilers also teased that Mick and Linda would both be keeping secrets from one another. It will lead to the couple’s marriage unraveling. It would destroy their relationship unless they both confess what they are hiding to each other. Could this tie into what happens in Christmas 2020? That isn’t known yet, but it’s possible.

Christmas 2020 will feature an exciting return. However, this person won’t necessarily be welcome, Dyer teased to Digital Spy. It was also confirmed that Mick and Linda will go through another dark holiday. So, it will be interesting if the darkness stems from this surprise return, if it’s completely separate or if it’s two separate stories that will intertwine into one massive plot.

Last year, we saw Mick struggle as Linda’s drinking got out of control. She ended up in the hospital, found herself nearly being assaulted in a motel room, unexpectedly got tied up in a murder plot that ended up being a faked death. Plus Mick and Linda’s story almost resulted in them losing custody of their young son. So, what is being hinted about Christmas 2020? All that is known for sure is that it will be another dark holiday for the Carters. Plus, Dyer had this to say,

“We’ve really taken it up a level… There are creatives coming back to work and we’re all chomping at the bit so we’re all bringing our A-game to the table. I don’t know how long that’ll last but at the moment, we’re so excited to be doing something in the part of a show we love. Everyone is delivering beautiful and powerful performances.”