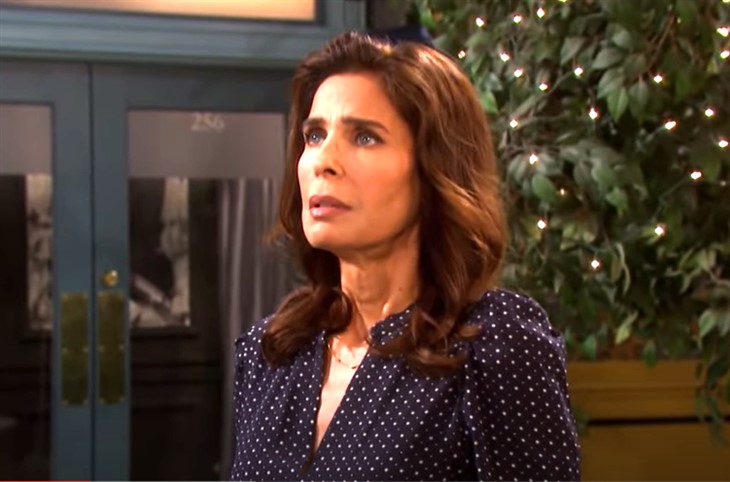 NBC Days of Our Lives spoilers reveal that Hope Brady (Kristian Alfonso) will become convinced that her daughter didn’t perish in the explosion. She can’t explain it, especially since Ben Weston (Robert Scott Wilson) seemingly watched it happen. However, her mama instinct is telling Hope that Ciara Brady Weston (Victoria Konefal) is alive somewhere.

DOOL spoilers reveal that Ben, Hope, and Shawn Brady (Brandon Beemer) rush to find Ciara before something terrible happens to her. Even though Ben does his best to save his wife, it appears that he is too late. He screams Ciara’s name at the same time that an explosion erupts right in front of him.

Ben is absolutely devastated and can’t believe his eyes. How could the love of his life be gone just like that? Why couldn’t love win over evil? Those are the thoughts that are going through Ben’s mind as he watched the debris fly and flames soar up into the air.

Everyone in Salem will be convinced that Ciara died in the blast. Word starts to get around town and arrangements will probably be made. However, viewers already know that Konefal will be coming back to the NBC soap from time to time. So, Ciara isn’t really dead, is she?

Days of Our Lives spoilers reveal that during the week of September 14, Hope will start to get a gut feeling that not everything is as it appears. She has lost a child before and knows what that feels like. In her heart and soul, she can feel that Ciara is alive and is positive she somehow survived the explosion. But if she is alive, where could she be, and will she ever be found?

Days of Our Lives Spoilers: Why Tripp Returned – How Long is Lucas Adams Staying? https://t.co/48cYZEDirB pic.twitter.com/XvnCLKOCF6

DOOL Spoilers – Where Is She?

It is not known where Ciara is right now. Perhaps Vincent (Michael Teh) has her stashed away somewhere. Maybe the blast knocked out the young woman and she has amnesia. Or perhaps in order to save Ben, she decided to run off, letting everyone think she died when she is in fact, alive and well.

What do you think happens to Ciara Brady Weston after the explosion? Will Ben Weston, Hope Brady, or any of her other loved ones ever see her again? We will have to keep watching the NBC soap opera to find out.