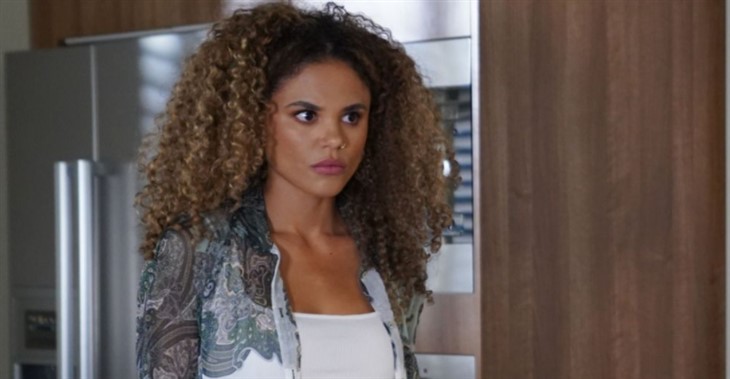 EastEnders Spoilers: Linda Henry Reveals That The Past Will Come back in new Shirley Carter Storyline

Once the BBC One soap returns to viewers’ screens, Chantelle will take her first step on getting out of her abusive relationship and away from her abusive husband, Gray (Toby-Alexander Smith). Toby-Alexander and Jessica Plummer recently took part in the behind the scenes spinoff by the name of EastEnders: Secrets From the Square.

During the spinoff show, Stacey Dooley asked where the Atkins family will be when the show comes back on the air. In which Toby-Alexander went on to explain, “Gray’s been furloughed, which is a dent to his ego. Of course, naturally, that brings a trigger for Gray to get frustrated with Chantelle. Therefore, I imagine he’s pretty much at boiling point.”

Chantelle Atkins Makes A Move To Get Out Of Relationship

Jessica Plummer went on to share that the lockdown had only convinced Chantelle that it was time to act to get away from her abusive husband. She went on to say, “I think Chantelle is going to find her inner-Taylor… I think Chantelle has had her lightbulb moment. I think the penny’s dropped.” In the upcoming episodes, Chantelle will take a big step forward to end her abusive marriage with Gray. This will include taking her children and meeting with a divorce lawyer. What do you think?

EastEnders will be coming back with new episodes soon, on Monday the 7th of September. Watch EastEnders from Monday and Friday at 8 pm and Tuesday and Thursday at 7.30 pm on BBC One to find out what happens next.

Days Of Our Lives Spoilers: Philip Not Only Threat to Shawn and Belle’s Marriage

The Young And The Restless Spoilers: Amanda’s Surprise Connection To Hilary- Amanda’s Past Revealed