The Young And The Restless Spoilers: Amanda’s Surprise Connection To Hilary- Amanda’s Past Revealed 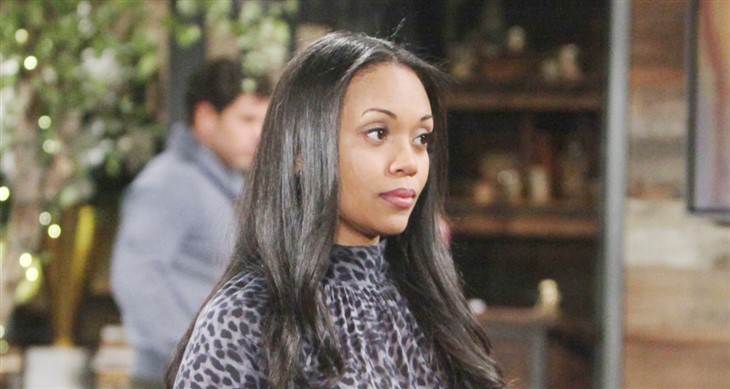 CBS The Young and the Restless spoilers and updates hint that Amanda Sinclair (Mishael Morgan) may soon learn about her connection to Hillary Curtis. Since Amanda first appeared on the daytime soap, characters and viewers alike have been wondering how Amanda could be connected to Hilary.

However, she has started to make a name for herself apart from being the person with the same face as Hillary. Upcoming episodes will prove that the connection between Hilary and Amanda may be revealed and it may send shock waves through Genoa City. What might be the ways that Amanda and Hilary are connected?

The Young and The Restless Spoilers and Rumors: Sharon And Rey Over, Teaming Up With Adam Kills ‘SHEY’

The Young And The Restless Spoilers – Amanda Secret Connection

One way that Amanda could be connected to Hilary would be if she is Hilary. This could play out close to how Adam’s played out. As viewers may remember that Adam had lost his memory when he was believed to be dead. He even thought he was someone else.

This could explain the backstory that Amanda has if they go with this storyline. It would also explain why the news could lead to Devon Hamilton, (Bryton James) Elena Dawson, (Brytni Sarpy) Nate Hastings, (Sean Dominic) and Amanda being involved in the storyline being affected by the reveal of Amanda’s past. It would be interesting to see how they would explain Amanda being Hilary if they decide to go down that route.

Another way they could connect the two would be to have Amanda and Hilary be twins who were separated. It would explain why they have the same face and would explain the backstory of Amanda being in foster care as a child. It would probably bring Amanda and Devon closer as Amanda would probably want to know more about her twin sister. The perfect place for her to learn about Hilary would be in Genoa City and would be from the guy who was in love with Hillary.

The Young and The Restless Spoilers: Will Love Conquer All For Adam And Chelsea – Sharon Puts Strain On 'CHADAM' #yr #youngandrestlesshttps://t.co/HOlSUSuCsb

We’ll give you updates as Y&R news comes in. Stick with the CBS soap, and don’t forget to check SOS often for the latest Young and the Restless spoilers, updates, and news.