EastEnders Spoilers: Linda Henry Reveals That The Past Will Come back in new Shirley Carter Storyline 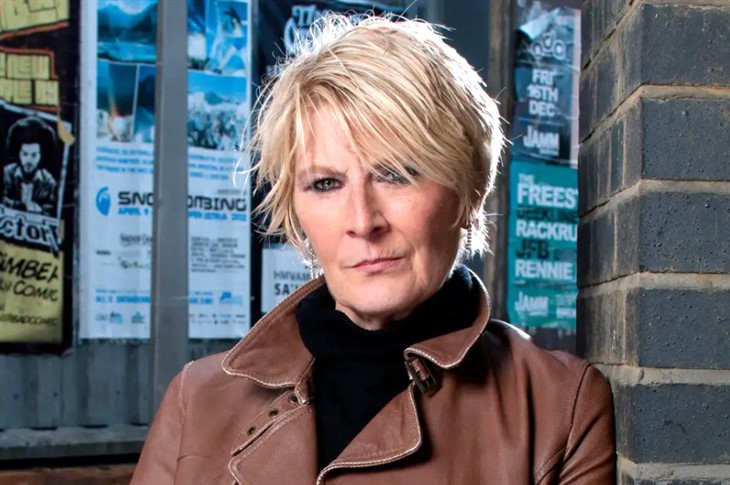 BBC EastEnders spoilers hint that Linda Henry’s character, Shirley Carter will soon receive a new storyline of her own. This will explore her past as it comes back to bite her when new episodes return.

In her interview on the spinoff of Eastenders, Linda Henry went on to tell viewers that when she learned about the new storyline for her character, she cried. Although she did not go on to give any specific details about the storyline she did give a little bit of information during the episode.

On the 24th of August, she appeared on the EastEnders’ behind the scene spinoff, EastEnders: Secrets From the Square where she revealed that there will be a storyline with an emotional twist in when new episodes return next month. In the episode, she stated, “I can give you a clue about what’s going to happen with Shirley. The past comes out and bites her on the bum.” Luisa Bradshaw-White also appeared in the episode and shared that she thinks that the storyline involving Shirley Carter is a really awesome storyline. She went on to say, “I only found out about 10 minutes ago. We are really excited about it though.”

Luisa revealed that Linda cried when she learned about the new storyline in which Linda agreed that she had. She went to state, “It’s going to be brilliant.” Shirley has been on the soap since 2006 and her past has been explored a few times since she has joined the show. The show will not stop at exploring just Shirley’s past in a new storyline, as Mick will also be getting his own storyline once new episodes come back. This was hinted at by Danny Dyer in a previous episode of EastEnders:

Secrets From the Square. On the other hand, Kellie Bright has also gone on to tease that the couple will be going through more drama in upcoming episodes. Luisa Bradshaw-White also teased about a new storyline for her character, Tina Carter, who wants to find love after getting the virus. What do you think about the upcoming storyline for Shirley Carter?

The Bold And The Beautiful Comings And Goings: Aaron D. Spears Returns As Justin Barber

The Young And The Restless Spoilers: Elena Has Feelings For Nate? – Devon And Amanda Bonding