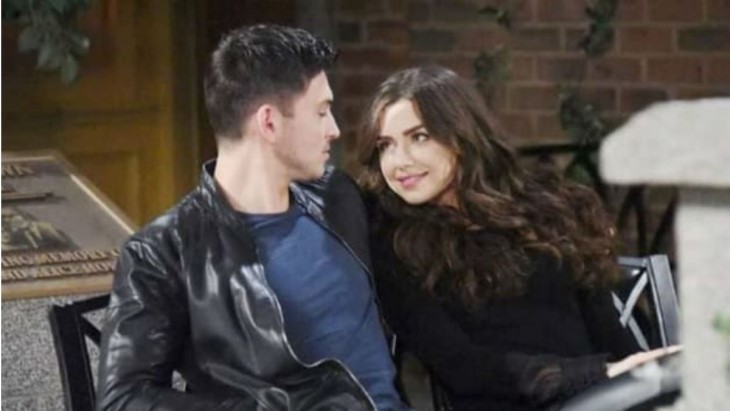 NBC Days of Our Lives spoilers and updates for the week of June 15 reveal that Ciara Brady (Victoria Konefal) ends up getting her way. Even though Ben Weston (Robert Scott Wilson) was going to ask Jake Lambert (Brandon Barash) to be his best man, Ciara suggested Will Horton (Chandler Massey). At the end of the day, that is who Ben asks — his former victim and prison cellmate.

DOOL spoilers reveal that when Ben and Ciara were talking about their wedding, one thing that was mentioned was the maid of honor and best man. Ciara has spent all her time focusing on Ben. So, after Claire Brady (Olivia Rose Keegan) tried to set her best friend on fire, that kind of ruined the relationship.

Ben also brought up the fact that he doesn’t really have any friends in Salem. He was thinking about asking Jake to be his best man because the guy reminds me of Stefan DiMera. They also both gave Ben a job when nobody else would.

Ciara isn’t a huge fan of Jake and thought Ben should ask Will to be his best man. Even though Ben tried to kill Will at one time, the two ended up burying the hatchet when they were in prison together. Ben wouldn’t make any promises to Ciara but did say he would think about it.

Days Of Our Lives Spoilers – The Drama With Jake Lambert

Days of Our Lives spoilers reveal that the drama with Jake is just going to continue. Thugs are after him for a mysterious object he no longer has. Gwen (Emily O’Brien) needs to be found or Gabi Hernandez DiMera (Camila Banus) will be killed. Even though Jake gave a story about the mob, we don’t think he’s being totally honest. There is much more to this story and why would the mob be willing to kill an innocent woman over a book?

In the latest issue of Soap Opera Digest, it is revealed that eventually, Ben reaches a decision. Having no real friends and nobody to really ask, he takes Ciara’s suggestion. He ends up asking Will if he would be his best man. Apparently, he says yes because a photo in the magazine shows Will standing in a tuxedo next to Ben.

So, where does this leave Jake? And will the wedding go smoothly or will something happen during the nuptials? We will have to keep watching the NBC soap to find out.