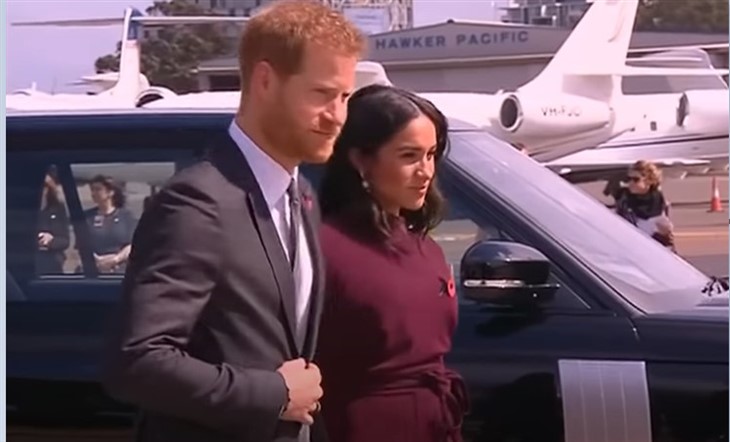 Is Prince Harry crazy like a fox? He keeps snubbing the royal family and one has to wonder if it’s deliberate. His and wife Meghan Markle’s latest stunt involved going on American television and tell the public to vote in the upcoming presidential election. The result was that most viewers assumed they were shilling for votes for Joe Biden; subtle they are not.

When the current president was asked what he thought of their base interfere in the election, he said, “‘I wish a lot of luck to Harry… because he’s gonna need it.”

Did Donald Trump Put Prince Harry In His Place?

Ever since he signed an undeserved Netflix deal, Harry has been acting like a man whose recklessness has been given a huge injection of testosterone. Who does the demoted English prince think he is to go on American tv and tell the citizens how to vote in their own country?

If anything, his preaching could have the opposite effect. How would you like to be lectured to by a pampered, entitled woke boy? That’s what I thought.

But his bizarre behavior could come back to bite him where it really hurts and that is among his family. Before his tv appearance, he was merely flirting with denouncing half of America and bad-mouthing the president in a supercilious way. But with his televised close up, he went full Monty and totally broke British Royalty protocol.

Royals do not open their mouths about politics, and to do so in a foreign land is to risk rebuke not just from the citizens but from the Palace.

What was he thinking? Some have gone so far as to say that Harry is deliberately baiting the Queen into cutting him off once and for all. If so it would be the ultimate passive-aggressive move in a year full of his subversion. After all, if the Queen did punish him he could play the victim and the Queen would be the bad guy.

Meghan And Harry 'Made UK Great Again' – When They Left, According to Former Trump Advisor #MeghanMarkle #PrinceHarry https://t.co/PSiL0KrH8w

Will The Queen Have To Strip Harry And Meghan Of Their Royal Titles?

As some have suggested, Harry probably wanted out long before Meghan showed up; using her as an excuse to ditch his life would be just another stunningly passive-aggressive move on his part.

Modern, feminist, B-list actress Meghan was too large for The Firm and their protocols and rules. Maybe Trump is spot on. Good luck Harry in convincing the rest of the world that you are the injured party; the woke joke’s on you.

The Bold And The Beautiful Spoilers: ‘Finn Has A Giant Heart’, Tanner Novlan Talks ‘Sinn’