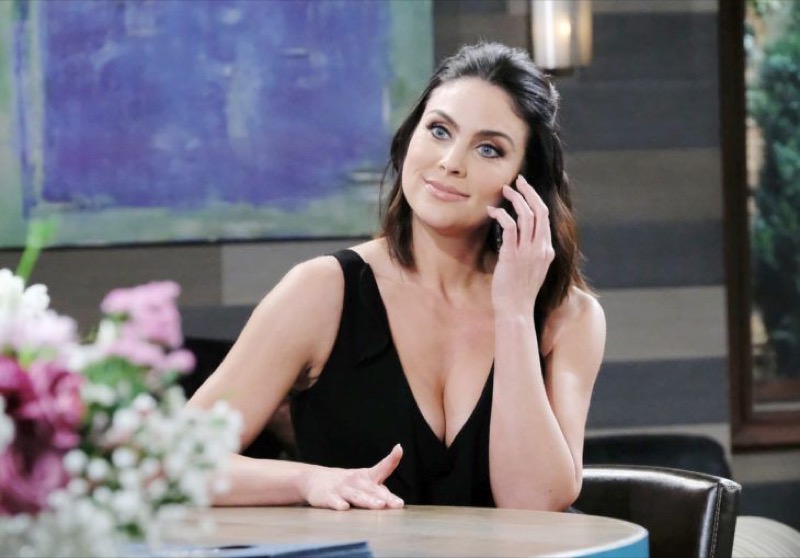 Days of Our Lives spoilers reveal that several Salemites heads to New York. It comes after Claire Brady (Olivia Rose Keegan) suspects that Eve Donovan (Kassie DePaiva) is behind the wedding bomb and abduction. They go straight to Chloe Lane (Nadia Bjorlin) and demand answers. Chloe ends up betraying Eve and exposes her evil intentions.

DOOL spoilers reveal that Claire and Ciara Brady (Victoria Konefal) go through the list of who could want to hurt Ben. Claire realizes that Eve is one person who could definitely want revenge on the reformed serial killer. She brings it up to Ciara and they decide to check it out.

Claire and Ciara decide that they need to go to New York and find out what Eve has been up to. They talk to Hope Brady (Kristian Alfonso) and Shawn Brady (Brandon Beemer), who go to the Big Apple with them to track down Eve.

Days of Our Lives spoilers reveal that the four Salemites actually end up confronting Chloe once they get to New York City. They find out some interesting information, such as Eve and Chloe no longer being friends. Bjorlin told Soap Opera Digest,

“Chloe’s like, ‘That b**ch has lost her mind. She’s crazy. We don’t really speak to each other anymore. She’s gone off the deep end.”

However, that’s not all that Ciara, Claire, Hope, and Shawn find out about Eve. They also learn about her new buddy, Vincent (Michael Teh). They learn what he did for a living and where he worked. Then, the puzzle pieces start fitting into place and they discover where Eve might be.

Days of Our Lives Spoilers: Nadia Bjorlin on Contract

The actress also took the time to confirm that she is back on contract. She was approached about it at the beginning of the year. However, everything is currently on hold due to production shutting down because of COVID-19. However, what Bjorlin does know is that she will be working a bit with Jay Kenneth Johnson, who is reprising the role of Philip Kiriakis. So, this should definitely get interesting considering their history together as teens.

What do you think of Chloe Lane being woven into the storyline of Eve Donovan torturing Ben Weston? What kind of interaction will she have with Philip Kiriakis? Could this be the romance that has been teased for her character? To find out, we will have to keep watching the NBC soap opera.