Days Of Our Lives Spoilers: Will Agrees to Help Clyde and Ben Escape Prison – But Why? 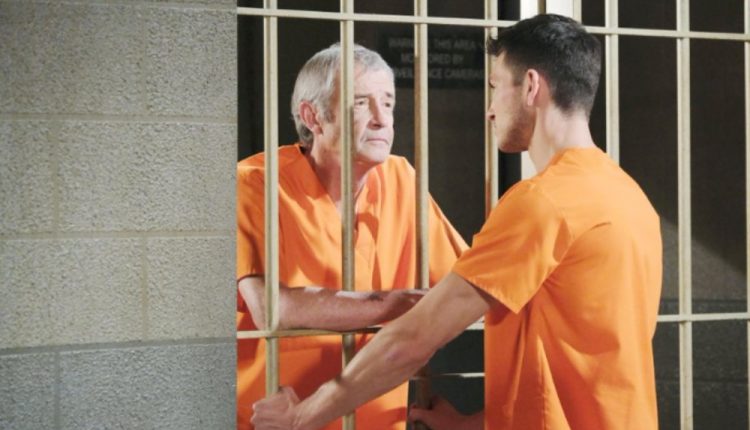 Days of Our Lives spoilers reveal Clyde Weston (James Read) and Ben Weston (Robert Scott Wilson)plan on escaping prison. However, the usually moral Will Horton (Chandler Massey) ends up agreeing to help them. Why would he do such a thing and does it have something to do with getting revenge on Victor Kiriakis (John Aniston)? Keep reading to get all the details on the upcoming storyline.

DOOL spoilers confirm Ciara Brady (Victoria Konefal) has paid a visit to Will in prison. She shared with him the news that he is innocent and isn’t responsible for Adrienne Kiraikis’ (Judi Evans) death. At first, he was confused. Then, he sat back in shock at what Ciara had just told him.

Emotionally overwhelmed, he soon regained his composure and was angry that Victor was the reason he was put in prison. The Kiriakis patriarch was at fault for an entire year of feeling guilty. For him losing his husband and time with his daughter.

Meanwhile, Ciara has another problem on her hands. How is she going to clear Ben’s name when the one theory they had turned out to not help Ben, but someone else? Who really killed Jordan Ridgeway (Chrishell Hartley) and why frame Ben for the crime? How will they get to the truth? Time is running out as Ben has already reached the maximum number of appeals and will soon be executed.

Days of Our Lives spoilers reveal Clyde will try to help his son (and himself) by suggesting they break out of prison. At first, it seemed like a terrible idea. However, Ben now realizes that he will have to do something drastic if he plans on saving his own life. Ciara has done all she can. The rest has to be up to him.

Days of Our Lives Spoilers: Dr. Rolf Forced To Pull The Trigger – Surprising Turn Of Events in Salem https://t.co/4q0zQxoK5v pic.twitter.com/zoUVrhR9vp

It is teased that Will agrees to help Clyde and Ben break out of the penitentiary, but why would he do that? After all, Clyde nearly killed him. It is less about helping Ben, even though they are now “even” and perhaps even friends. It is about someone making Victor pay for all the damage he has done. But will Clyde end up going too far? Fans will have to keep watching the NBC soap opera to find out.