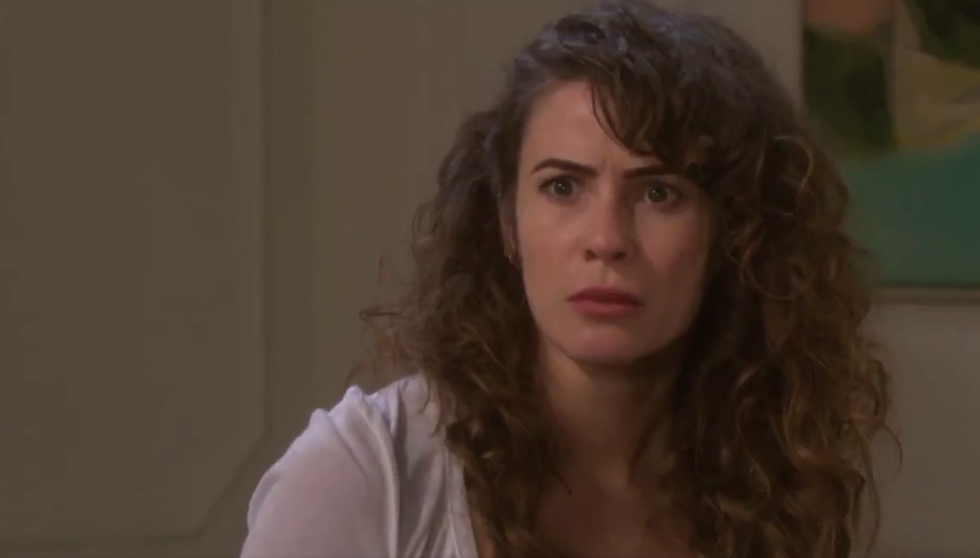 Days of Our Lives spoilers tease that Sarah Horton (Linsey Godfrey) will take extreme measures with Rex Brady, (Kyle Lowder) Kayla Brady (Mary Beth Evans) will be upset that Steve Johnson (Stephen Nichols) has moved in with Hope Brady (Kristian Alfonso) and Gabi Hernandez DiMera (Camila Banus) will stir up some conflict with the new guy in town that looks like the old guy in town, Jake Lambert (Brandon Barash) this week on Days of Our Lives! Never underestimate the women of Salem!

DOOL Spoilers: Sarah Horton Knocks Out Rex Brady And Ties Him Up!

Days of Our Lives viewers will recall that near the end of Friday’s episode, that Rex told Sarah he knew from his phone call with his mother, Kate Roberts (Lauren Koslow) that she had come to Paris with not her own baby, but Kristen DiMera’s (Stacy Haiduk) and Brady Black’s, (Eric Martsolf) having been told the whole sad story about the baby switch by Kate. He confronted her about it and tried to reason with her, but she had replied that there was no way she was giving up that baby to a monster like Kristen! Rex could not necessarily fault her for that, but told her she didn’t get a say in the situation. He said he was calling the police, but this week’s Days of Our Lives will pick up with him shown in Sarah’s apartment, where she conks him over the head with something heavy from the back, and then she ties him up in a chair and puts a gag in his mouth! 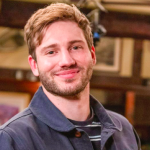 Days of Our Lives Spoilers: Steve Johnson Upsets Kayla Brady By Moving In With Hope Brady!

Steve Johnson didn’t have anywhere to go when he was released from the hospital after surgery was done on his eye socket and Kayla had helped him put his patch back on, and so Hope helped him out by telling him that he could stay with her. It didn’t seem to faze Kayla at first, but there has obviously been either a delayed reaction or else a very good job of acting in front of the pair, as she tells Marlena Evans (Deidre Hall) that Steve moving in with Hope pisses her off! Meanwhile, scenes are shown that seem to indicate that not only will Steve move IN with Hope, he will move ON with her as well! They are shown happily sharing a bottle of wine on a couch and hugging outside the house! Kayla had admitted in previous episodes that she loved both Steve and Justin Kiriakis (Wally Kurth) but had chosen to move on with Justin, but is she sure? She seems pretty upset talking to Marlena!

Gabi Hernandez DiMera has seen Jake Lambert around town a couple of times now, and for some reason he left the scene quickly when she saw him in Horton Town Square after she fainted, seeing a crowd was gathering! She encounters him again this week, and slaps him in the face as he tells her he’s never seen her before, but she insists he’s her dead husband, Stefan DiMera (Brandon Barash)! Then he asks her if she’s taking any prescription medication because he obviously thinks she’s cray-cray! Well, Gabi knows that Dr. Wilhelm Rolf (William Utay) has brought back people from the dead before and there must be a reasonable explanation for Stefan coming back, but why won’t he admit who he is? Jake in the meantime thinks that she’s not being reasonable whatsoever!

The Bold and The Beautiful Spoilers: Waffling Runs in the Spencer family – Can Bill, Wyatt & Liam Ever Be Faithful?