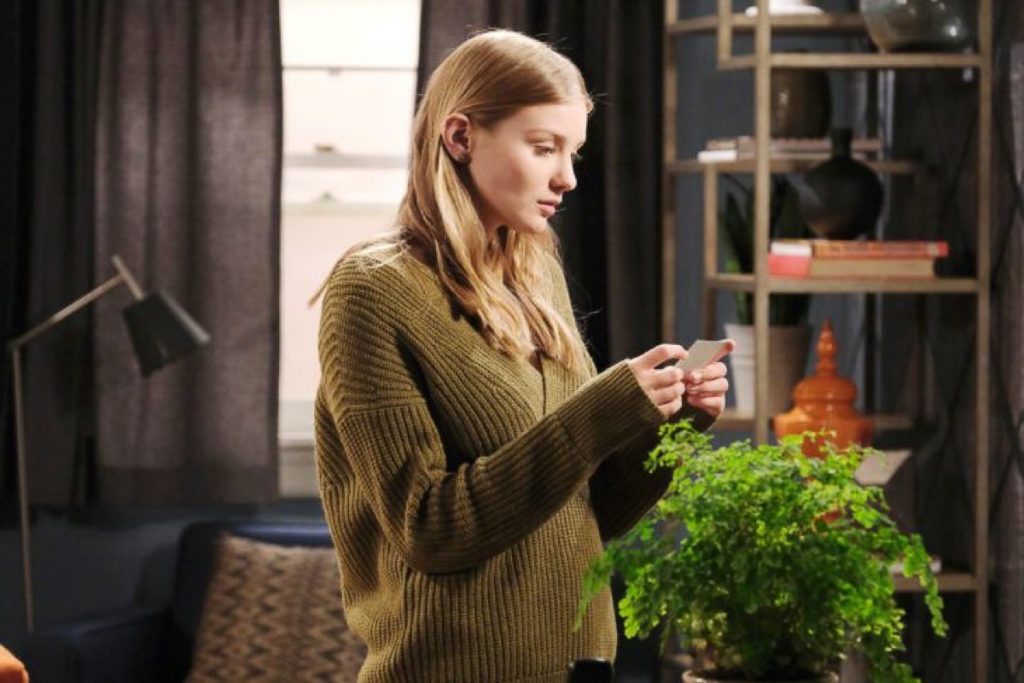 Days of Our Lives spoilers reveal that Allie Horton (Lindsay Arnold) will have a breakthrough and make a startling realization about her rapist. She tells her story to Steve “Patch” Johnson (Stephen Nichols), who has her focus on small details. That is when Allie realizes that Tripp Dalton’s (Lucas Adams) look different from the ones that held her down that night.

DOOL spoilers reveal that Allie was drinking heavily the night she was raped. She remembers Tripp taking her home, being in her flat and seeing his face right before she passed out. The next thing she remembers are hands forcefully pinning her down to the bed. Allie’s memories are fuzzy from that night, but she does remember bits and pieces. Even though she remembers seeing Tripp’s face before being raped, she makes a horrifying realization.

Steve asks Allie to go over everything that happened the night she was raped. Even though he is Tripp’s father, Allie agrees. She tells her story and then, she gets to the part where she wakes up. While everyone else focused on the big picture, Steve has Allie really zone in on small details. He mentions that Allie never says Tripp’s hands held her down, she always uses the term “his hands.” Now, this is when Allie completely shuts down and starts to doubt herself.

Days Of Our Lives Spoilers: Claire Snoops, Wonders Why Charlie Has Tripp’s Trash

Days Of Our Lives Spoilers – Tripp Dalton’s Hands Are Different

Days of Our Lives spoilers reveal that Allie will be troubled by Steve’s observation. One part of her doesn’t think “Tripp’s hands” vs “his hands” mean anything. However, the other part of her will need to find out for sure. At some point, she will look at Tripp’s hands and realize they are not the same ones that pinned her down. But then how did the paternity test show Tripp and Henry Horton (Jayna and Kinsley Fox) shared similar DNA?

That is where Claire Brady (Isabel Durant) comes into the story.

Allie will confide in Claire about her confusion and how she tried to shoot off Tripp’s privates. Claire will be shocked, but also understands that everyone is capable of going to extremes. Later, Claire’s relationship becomes official, and she can’t wait to introduce Allie to Charlie Dale (Mike C. Manning). When she sees Charlie’s face and then looks at his hands, she realizes this isn’t an ordinary guy. She is staring at the face of the monster who raped her.

The Bold and The Beautiful Spoilers Thomas Wakes Up, Ridge Learns A Deep Secret Son Has Been Keeping

Days Of Our Lives Spoilers: Ben Finally Accepts Ciara’s Death – He And Shawn Brady Mourn Her Together