The Bold and The Beautiful Spoilers Thomas Wakes Up, Ridge Learns A Deep Secret Son Has Been Keeping 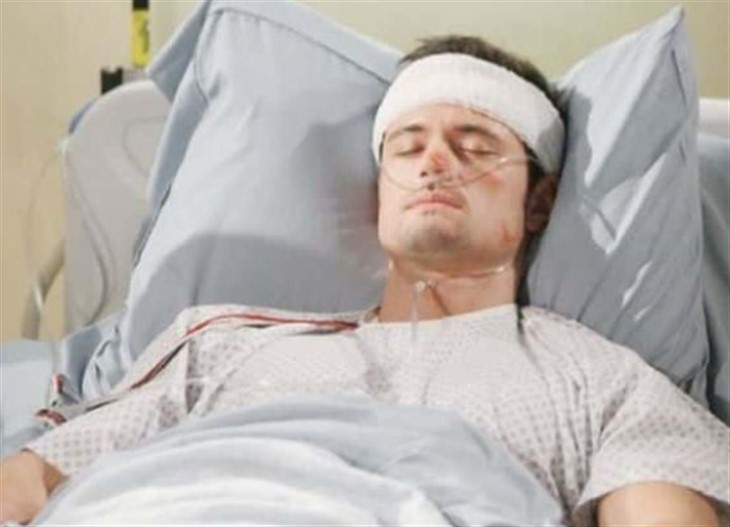 The Bold and The Beautiful spoilers tease that in Los Angeles after Thomas Forrester (Matthew Atkinson) wakes up, Ridge Forrester (Thorsten Kaye) will learn a deep secret Thomas has been keeping. Did Thomas really kill Caroline Spencer ll (Linsey Godfrey), the mother of his son Douglas Forrester (Henry Joseph Samiri) or is he just blaming himself for her death?

Longtime viewers of The Bold and The Beautiful will recall that Thomas came back to Los Angeles a widower, with his little boy Douglas. Douglas needed a mommy and that is how Hope Logan Spencer (Annika Noelle) came into the picture. But before all that, Thomas had become involved with Caroline. Caroline was a niece of Dollar Bill Spencer (Don Diamont) and actually was married to Ridge Forrester at the time of Douglas’ conception.

She had taken some anti-anxiety pills of Pam Douglas’ (Alley Mills) and drank alcohol and became very out of it. Thomas had developed an attraction to her bordering on stalking, and as she was high and drunk, had sex with her. Afterward, she had accused him of raping and taking advantage of her but it didn’t go any further than her accusing him of it. She turned up pregnant and Ridge knew it couldn’t be his, because he had a vasectomy that he tried but failed to get reversed. She finally told him of her night with Thomas, and Ridge and Thomas had a huge falling out over it.

The Bold And The Beautiful Spoilers: Steffy Wants Protection – Liam The Villain Will Betray Her!

Viewers will recall that Thomas did wake up in a recent episode, after having surgery for a subdural hematoma – which is a brain bleed – which caused him to become delusional. He had headaches for at least a couple of weeks after hitting his head, and had not had it seen about. Caroline died from a severe blood clot, when he, she and Douglas were in New York. When Thomas is told that he nearly died, he may suffer an attack of conscience about things in his past, and in realizing that Hope saved his life by calling 911 and calling Dr. John “Finn” Finnegan (Tanner Novlan) he may tell something to his father that he feels guilty about concerning Caroline. In reality, he may be wondering if he could have done anything to save her like Hope saved him, and blame himself for her death.

But still somewhat incoherent from the sedation and likely strong pain pills he would be on, it may come out like he is saying he caused Caroline’s death! It was never really explained exactly where the blood clot was that killed her or what caused it, but it’s possible she could have had a head injury like Thomas and the clot was in her brain! A clot in the brain will either cause a stroke if it’s a small one, or it will kill the person who has the clot. This is called a “hemorrhagic stroke” and they are nearly almost always fatal. Thomas may mean if he had known Caroline had a head injury he could have saved her, but instead it may come out more like Caroline wouldn’t have died if it wasn’t for him!

Days Of Our Lives Spoilers: Allie’s Next Move Inspired By Kate, But Belle Has A Warning