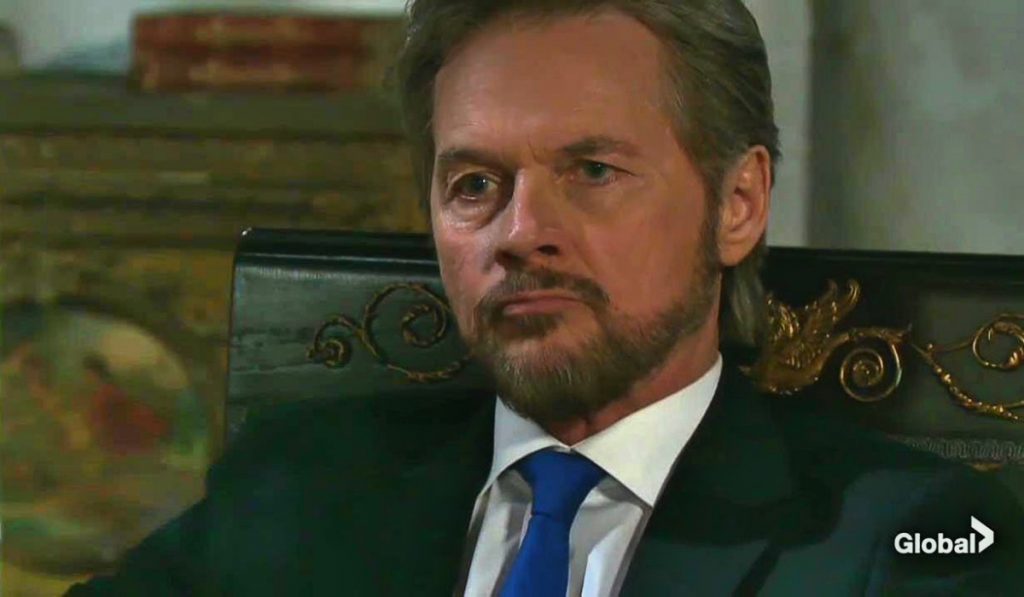 Days of Our Lives spoilers tease that the hits just keep coming for Gabi Hernandez DiMera (Camila Banus) as she is attacked by Stefano DiMera (Stephen Nichols) in an upcoming episode of Days of Our Lives!

Gabi Hernandez DiMera May Have Made It Out Of Jail, But That Doesn’t Mean She Isn’t Still In Trouble!

Gabi may have made it out of jail, but that doesn’t mean she isn’t still in trouble! She got back to the DiMera mansion to go back to work and is informed by a gloating Chad DiMera (Billy Flynn) that the board has fired her, and she needs to move her things out of his house besides! He might let her stay in the gatehouse if she’s lucky!

Knowing Gabi, however, she is likely to argue long and loud with Chad, even accusing him of lying, but he has the proof. Chad knows better than to tell Gabi something like that without having any proof! He hasn’t told her that his father is alive yet but he won’t have to. It sounds like “Steve Johnson” aka Stefano DiMera (Stephen Nichols) may be in the mansion and hears the ruckus and rushes into the room! Gabi can be expected to laugh in “Steveano’s” face when he says he is Stefano DiMera! That alone will enrage The Phoenix and provoke him to attack!

Will This Be A Physical Attack Or A Verbal One?

Will this be a physical attack, where Stefano actually hits Gabi, or just a verbal one? With Stefano, one never knows, but Gabi could certainly get on his last nerve to the point of provocation! It would not be surprising at all for “Steveano” to manhandle Gabi and it may be just what she needs to have a fire lit beneath her! Stefano may tell her that he was not happy when his youngest son married her, and may even blame her for getting him shot!

Gabi actually didn’t have anything to do with Stefan getting shot but Stefano may not feel that way – and Vivian Alamain (most recently played by Robin Strasser) may have blamed her in her overwhelming grief. If Vivian knew Stefano was alive, she undoubtedly has been in contact with him since leaving Salem! She didn’t really approve of Gabi for her son either, although she tolerated her. But then Stefano is picky over who his children marry – he is not wild about Abigail DiMera (Kate Mansi) either!

One thing is for certain: Stefano does not want Gabi in the mansion any more than Chad does, and however Stefano attacks Gabi, it will not be without Gabi’s provocation taking place first! He may just pick her up kicking and screaming out of the mansion and tell her all her belongings will be sent to her brother Police Commissioner Rafe Hernandez’ (Galen Gering) house!