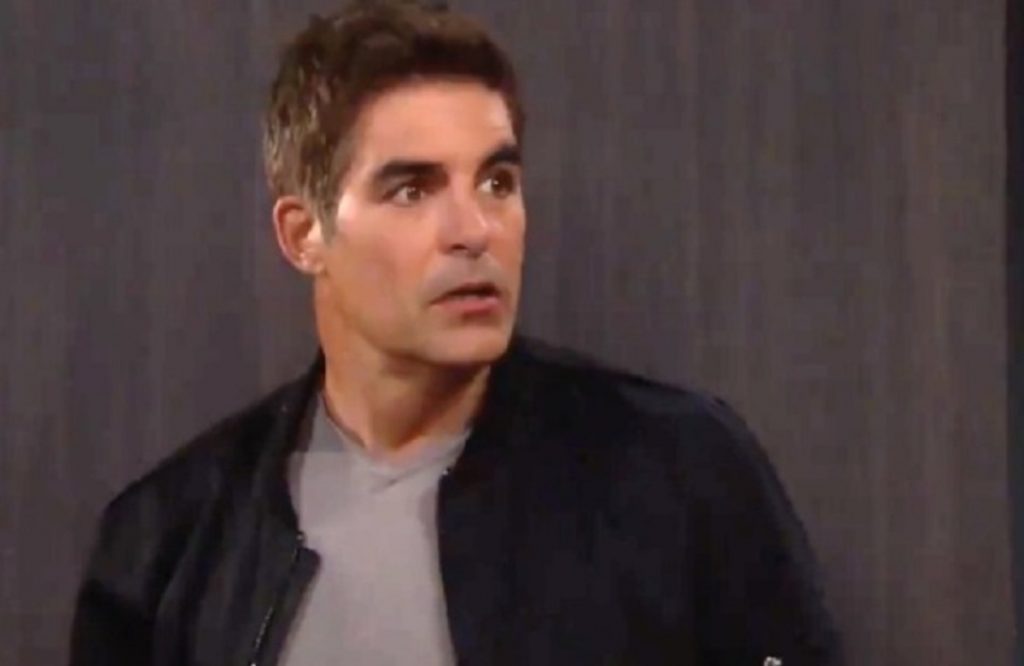 Days of Our Lives (DOOL) spoilers tease that Rafe Hernandez (Galen Gering) will soon ramp up his investigation into Hope Brady’s (Kristian Alfonso) bizarre behavior. As DOOL viewers know, Hope is actually Princess Gina Von Amberg (Kristian Alfonso), and she’s completely taken over Hope’s life…for the past year. And while it seems that Princess Gina did an adequate job of being the police commissioner for a while, she’s been making some rookie mistakes lately, and Rafe has noticed.

Days of Our Lives Spoilers: Rafe’s Suspicions About Hope Grow – Compares Notes With Kayla, Vows To Uncover The Mystery

For one, Hope’s fingerprints turned up on the tiara that Rafe found in the secret lair where Stefano DiMera aka Steve Johnson (Stephen Nichols) was hiding out. Princess Gina was forced to admit that she mishandled the evidence, which blew Rafe away. That’s just not the sort of mistake that Hope would typically make, since she’s a true professional.

Well, Rafe recently revealed that he had started keeping a file where he’s logging all of “Hope’s” mistakes on the job. He’s truly puzzled by his ex-wife’s behavior, which just seems (and is) totally out of character for her. But he’s not the only one who has noticed her bizarre actions; John Black (Drake Hogestyn) has certainly noticed her acting very un-cop-like here and there, not to mention the fact that she recently hit on him.

Days of Our Lives spoilers say that Rafe will soon compare notes on Hope with Kayla Brady (Mary Beth Evans), which should be an interesting conversation. As DOOL viewers know, Kayla recently had a conversation with Marlena Evans (Deidre Hall), who revealed to a stunned Kayla that Hope had made a pass at John, during which she removed her blouse. That struck Kayla as completely suspect.

Of course, Kayla was already surprised by something that Hope had recently done. As DOOL viewers will remember, Hope supposedly went and found Steve while he was off on assignment. Now, in actuality that didn’t happen, because Hope’s really Princess Gina and Steve’s really Stefano, but that was the cover story. But it was a story that struck Kayla as odd, especially since Kayla and Hope are so close. In other words, it was unlike Hope to just callously parade Steve in front of an unsuspecting Kayla.

Well, it seems that Kayla will fill in Rafe on Hope’s odd behavior. Rafe will probably be floored that Hope was coming onto John and so blatantly disrespecting Marlena. At any rate, it seems that this will serve to make Rafe even more determined to figure out what’s going on with Hope.

But since Princess Gina is determined to stick around and get together with John at all costs, one wonders if Rafe could eventually be in danger. The harder he pushes to get to the bottom of what’s going on with Hope could lead Princess Gina to take drastic action and try to get rid of Rafe!

We’ll see if it ever comes to that, and how far Rafe gets in his quest to find out why Hope seems to be behaving so strangely. Do you think Rafe will ultimately be the one to figure out that Hope is really Princess Gina? Stay tuned to DOOL and don’t forget to check CDL often for the latest Days of Our Lives spoilers, updates, and news.

‘The Young and the Restless’ Spoilers: Devon Wants Justice Applied – Will Lily Change His Mind?