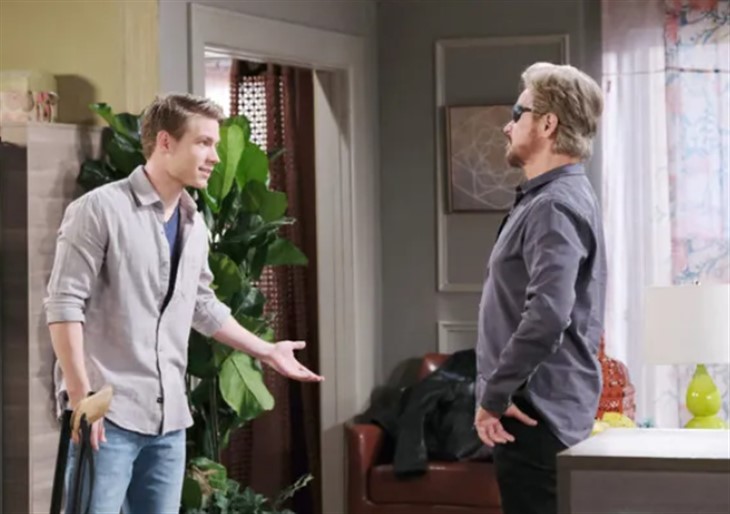 Days of Our Lives spoilers for the week of November 30 revealed that in Salem Tripp Dalton (Lucas Adams) discovers that his mother is alive. While he recently admitted wishing he had his mother, he won’t exactly be thrilled to see Ava Vitali (Tamara Braun). He will feel that she should have told him that she wasn’t dead. He could end up feeling she abandoned him all over again.

DOOL spoilers reveal that Ava got pregnant by Steve “Patch” Johnson (Stephen Nichols). He didn’t know about the child and Ava’s father took the newborn and sold it on the black market. At least, that is how the story was told when it aired a few years ago. Steve went on a search for his son and found him working at a diner. Steve observed Tripp sticking up for a coworker before he told him who he was and why he was there.

Later, Ava claimed she was dying from a fatal disease, and she was even in the hospital. Steve and Kayla Brady (Mary Beth Evans) considered the possibility that Ava was faking her illness. However, all the tests showed she really did have it — but viewers know how easy it is to manipulate test results in Salem.

Then, Joey Johnson (James Lastovic) smothered Ava with a pillow. He later confessed, which got him a prison sentence. So, all this time that Joey has been behind bars was for a murder he never even committed.

Days of Our Lives spoilers for the week of November 30 reveal that Tripp will find out that his mother is alive. Even though he did wish his mother was there while he’s fighting to clear his name, finding out she faked her death won’t sit well with him.

Meanwhile, Steve will be stunned to see someone from the past, which is most likely Ava. She will scheme to get the man she wants. In the winter promo, we see her dressed in an oversized men’s dress shirt and wearing nothing else. Kayla starts to strangle her, but Steve stops her. So, she obviously has threatened Steve in some way. There’s no other reason why Steve would let him in her house, let alone be dressed next to nothing.

Even though Tripp really wanted his mom, Ava will have a lot of explaining to do. He’ll understand that she didn’t want to go to prison, but she could have still let him know that she wasn’t really dead. For Tripp, it will feel like his own mother abandoned him not once, but twice and when he needed her the most.

Now, we all know that Ava isn’t really the typical mother figure. But Tripp doesn’t realize that and might not care. All he knows is he didn’t have his mother growing up and didn’t have her when he was going through the rape accusation.