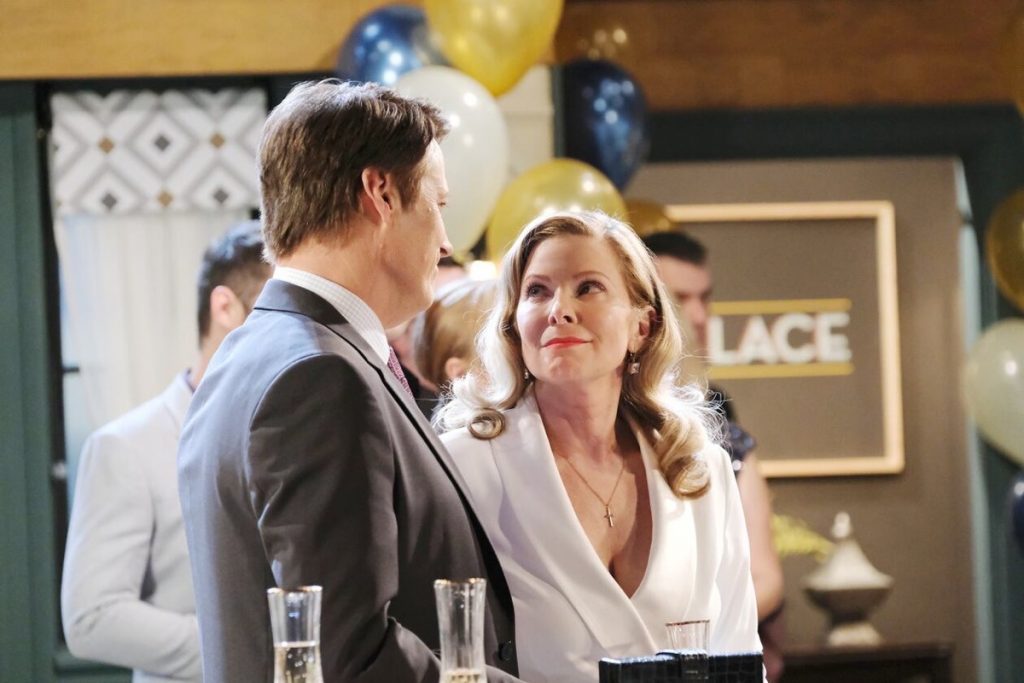 Days of Our Lives spoilers for the week of November 9 in Salem reveal that Jennifer Horton (Cady McClain) will be shocked by a secret from Jack Deveraux’s (Matthew Ashford) past. She ends up slapping him right across the face. Will Jack and Jennifer break up? Don’t count on it because they make a startling realization that could expose Gwen Rizczeck (Emily O’Brien).

DOOL spoilers reveal that due to Gwen’s interference and plotting, Abigail is going to stumble upon a letter between Jack and Kate Roberts DiMera (Lauren Koslow). It shakes Abigail to the core and then she has to be the happy host at her mother’s coma awakening anniversary party.

When it is time for Abigail to speak in front of everyone at the party, she stalls. That is when she gets some prodding from Gwen. Abigail blurts out that she knows what her father did while Jennifer was in a coma.

It is unclear what Jack’s secret is, but there are a lot of fans speculating that he had an affair with Kate. After all, Abigail did find that letter between the two and it had her reeling. What else could it possibly be?

Days Of Our Lives Spoilers: Ron Carlivati Posted A Zombie Filled Halloween Episode That Never Made It To Tape

Days of Our Lives spoilers reveal that during the week of November 9, Jennifer slaps Jack across the face. We can’t think of any other reason that she would do this unless it were a complete betrayal. Having an affair would be the ultimate betrayal. All of this time, Jack has let Jennifer believe that he barely left her side during that year she was in a coma. But he had time to get some action with Kate? We don’t blame Jennifer for being upset!

However, there might be a silver lining to this story. Around the same time that Jennifer slaps Jack, Gwen is secretly pleased with herself. Shortly after that, Jack and Jennifer make a startling realization. Could the truth about Gwen finally come out and if so, how will they deal with the newest threat to their family? We will have to keep watching the NBC soap opera to see how this storyline develops.