Days Of Our Lives Spoilers: Eli Has Amnesia After Fall, Wants Nothing To Do With Pregnant Lani? 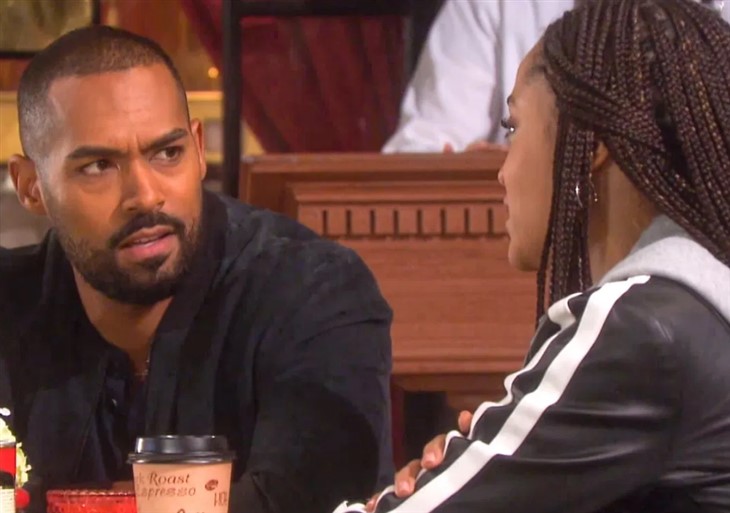 NBC Days of our Lives spoilers tease that Salem resident Eli Grant (Lamon Archey) will have a horrible headache when he wakes up after being punched and falling to the ground. Leave it to Ben Weston (Robert Scott Wilson) to knock out a cop at the worst time possible!

But there may be more repercussions to Eli’s injury, and one very big one that aspirin can’t cure. Will Eli wake up with amnesia just as he’s about to become a father to twins?

Days Of Our Lives Spoiler Updates

Eli has had a rough few days, but that’s par for the course for the top cop. Before his latest scrape, he was doing his best to remain neutral in his wife Lani Price’s (Sal Stowers) friendship with Kristen DiMera (Stacy Haiduk).

That didn’t go too well and Eli was in the hot seat for a while after taping a confession from the blond vixen that caused the DA to salivate. Lani was furious but he knew if he didn’t get Kristen to confess that Lani was in jeopardy of going to jail.

Will Lani Grant Have To Raise Her Twins By Herself?

Eli could not have Lani giving birth in jail and it’s clear that he values his wife above all else. This is why explosive show spoilers reveal he could find himself in a tragic situation following his fall.

Eli and Lani are looking forward to starting a family but that will be hard to do if only one of them remembers they are having twins!

Days of Our Lives Spoilers: Shawn Begs Ben To Move On, Then Throws Him In Jail

What happens Next To Eli Grant And Lani Price In Salem?

In fact, if show spoilers are correct and Eli wakes up with amnesia, he won’t remember Lani at all. Next week Eli will wake up in the hospital after Lani finds him on the jailhouse floor. She is panicked of course but no one will know the full extent of Eli’s injuries before he wakes up.

Some fans are thinking it could be karmic payback for the character after he went behind his wife’s back and blackmailed Kristen. That seems a little harsh, after all, he was only doing it to protect her and his kids.

What do you think DOOL fans, are Lani and Eli in for yet another bump in the road? They have not had the easiest relationship in the world!