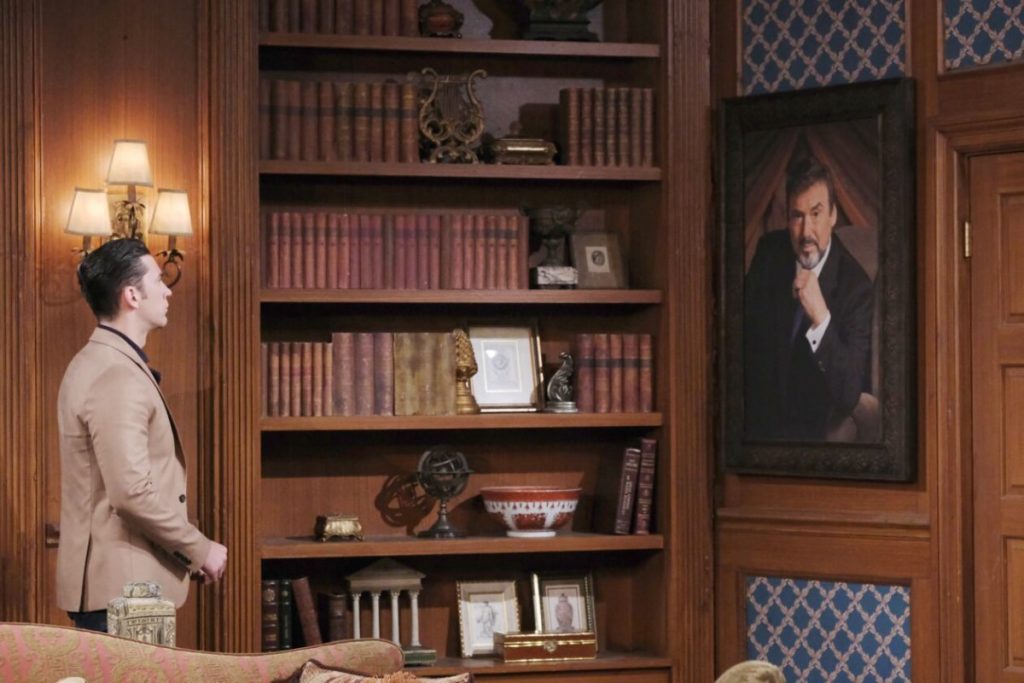 Days of Our Lives spoilers for the week of March 9 reveal Chad DiMera (Billy Flynn) tries to smother Gabi Hernandez (Camila Banus). The father of two has also been put under Stefano DiMera’s (Stephen Nichols) spell and is ordered to kill Kate Roberts (Lauren Koslow) for her betrayal. Is the villain turning his son into a brainwashed killing machine? If so, how can Abigail DiMera (Kate Mansi) bring him back?

DOOL spoilers reveal that Chad would be put under Stefano’s spell. At the time of the original report, fans weren’t sure what that meant. However, a recent episode confirmed that Stefano slipped a drug into Chad’s drink. It has already made him woozy with blurry vision. He also isn’t thinking of hearing things quite right, which makes him susceptible to Stefano’s commands.

It is teased that next week, Chad will try to smother Gabi. She has caused the entire DiMera family a lot of turmoil, embarrassment, and shame. She also took control of DiMera Enterprises without being a “real” DiMera. Sure, she was briefly married to Stefan DiMera (formerly Brandon Barash) before he died. However, that doesn’t mean she knows how to run a multi-million dollar company.

The smothering attempt might be an order from Stefano or perhaps he just acts out his hidden desire. It’s no secret that he would love to get rid of her, but he’s not a killer without being under the influence of Stefano’s drug.

Days of Our Lives Spoilers: Kate Clueless Chad’s Been Ordered To Kill Her – John, Justin and Kayla In Grave Danger https://t.co/BMVe7QnqUt pic.twitter.com/Ay7zZzsiEz

Days of Our Lives spoilers reveal Stefano does make one order of Chad while he is under the spell. That is for him to kill Kate for betraying the DiMera patriarch. He doesn’t take kindly to those that betray him and the punishment is severe. However, for him to use his own son to do his evil deeds is reprehensible. Kate might not be a favorite among Salemites, but does she really deserve death?

Last time Chad was brainwashed, Abigail was able to get through to the real Chad that was hidden deep inside. It is suggested that she will do this once again. “Chabby” has an epic love story on the soap opera. It would be fitting that her love is the one thing that can defeat the drug. In the soap opera universe, love always wins out over evil… eventually.

Days of Our Lives Spoilers: Will and Sonny Recommit – Evan Meets Up With ‘Someone Unexpected’