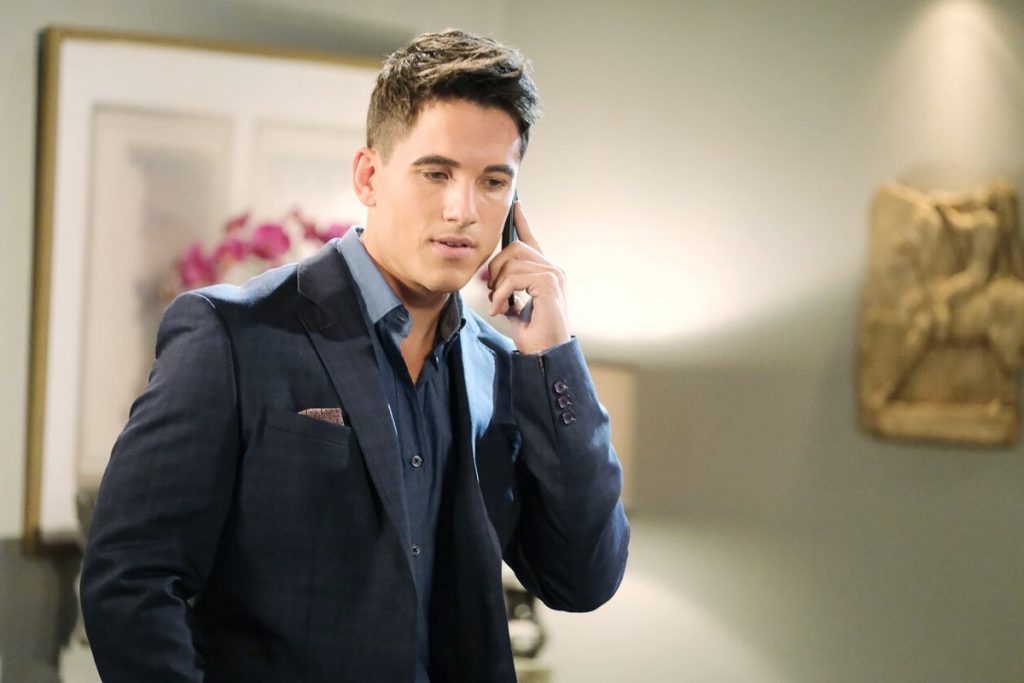 Days of Our Lives spoilers reveal that viewers are still divided about Charlie Dale. He’s mysterious, and we don’t know anything about him, where he came from, his past, or really what brought him to Salem besides the intern position. Even his sudden arrival at Titan is suspicious. Now he is showing extreme jealousy, but actor Mike C. Manning is defending his character.

Days Of Our Lives Spoilers – Theories About Charlie Dale

DOOL spoilers reveal that there are a lot of theories about Charlie’s real story. Some believe that he is Allie Horton’s (Lindsay Arnold) real rapist, which must mean he is secretly related to Tripp Dalton (Lucas Adams).

He might be working with Ava Vitali (Tamara Braun) and reporting back to her about the situation at Titan. There are signs he could be an abuser and Claire Brady (Isabel Durant) might be in danger. Or he could really just be a good guy who just seems really suspicious.

We’ve already seen jealousy from Charlie once and it would have been understandable had he actually been dating Claire. However, the two barely knew each other at that point and had not even gone out on a date yet. Well, there is going to be even more jealousy from him when Claire hugs Ben Weston (Robert Scott Wilson). Then, he will get alarmed when he sees Claire wearing Ciara Brady Weston’s (Victoria Konefal) locket.

Days of Our Lives spoilers reveal that actor Mike C. Manning spoke to Soap Opera Digest. He seemed to defend Charlie’s jealousy and possessiveness. He said,

“Ben is a good-looking guy and Charlie immediately sees him as a threat. Charlie is the new guy in town, so he doesn’t know anybody, and that’s something that could make him a little worried… Charlie has never felt the way that he does about Claire. It’s ironic that Claire, for the first time in her life, is not jealous of a guy, and Charlie, it seems, is going to be the one who is jealous and possessive.”

DOOL Spoilers – We Are Not Convinced

The keyword during that interview is “seems.” As everyone knows, nothing is ever as it seems in soap operas. While Charlie might have strong feelings for Claire, his extreme reactions and never finding out the facts first really set off alarm bells for us. We still think he’s hiding a dark secret, and we worry about what might happen to Claire — or to anyone who Charlie sees as a threat.