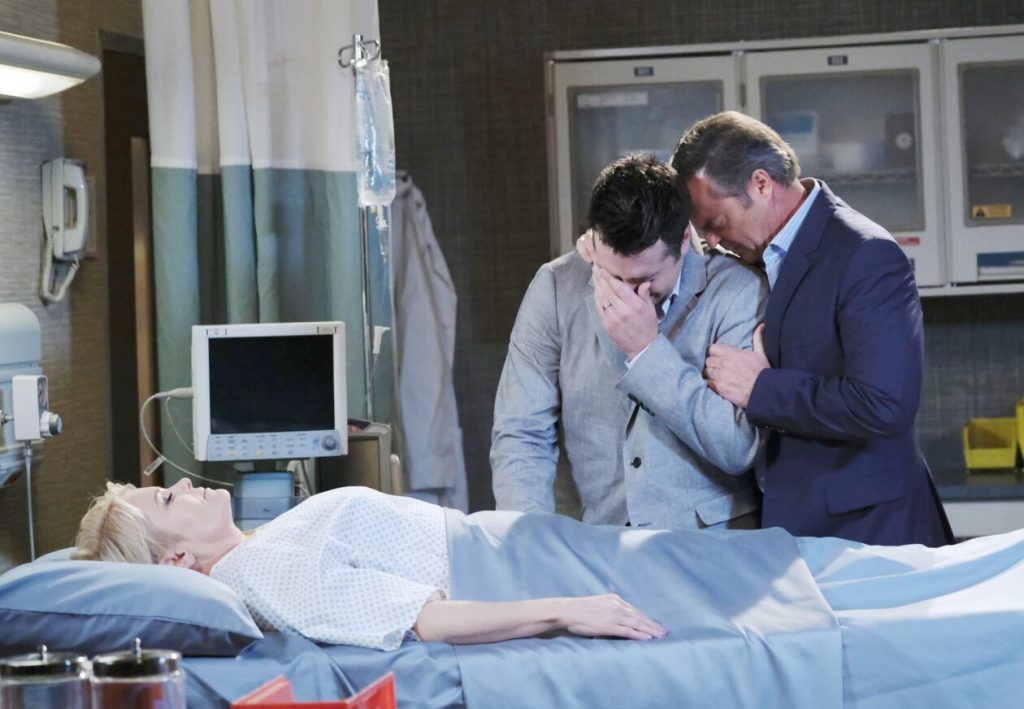 Days of Our Lives spoilers reveal what happened to Adrienne Kiriakis (Judi Evans). Maggie Horton Kiriakis (Suzanne Rogers) passed out drunk behind the wheel. At some point, her car hits Adrienne’s, who is driving a pregnant Sarah Horton (Linsey Godfrey). Two people died that night — one was Adrienne and the other was Sarah’s, unborn baby.

DOOL spoilers indicate Summer Townsend (Marie Wilson) shows up and it sends Maggie into an unhappy place. She turns to the bottle once again as a result of being emotionally and mentally overwhelmed. Unfortunately, others would end up paying the price for her drinking.

It is teased that Maggie passes out drunk behind the wheel. This must be related to the car crash that Adrienne and Sarah get involved in. We know that the accident kills Adrienne and her organs are donated.

As for Sarah, she survives but Xander Cook (Paul Telfer) is forced to deliver her dead baby. This will connect to another storyline in which there is a baby swap.

SUBSCRIBE NOW: Get Days Of Our Lives spoilers, news, and recaps in your email!

Days of Our Lives spoilers reveal Xander looks in Maggie’s car and sees her unconscious. Then, he picks up an empty liquor bottle and realizes what has happened. He has grown close to Maggie and doesn’t want her going to prison. So, he makes sure that the evidence is removed and that someone else is implicated in the crash.

Days of Our Lives Spoilers: How Was Will Horton Involved?

There is a theory that Will Horton (Chandler Massey) ends up thinking he killed Adrienne just by being in the wrong place at the wrong time. It is stated that he comes across Adrienne and Sarah in a predicament.

Could he have been driving and perhaps was also involved in the crash? Maybe he thinks he caused the accident that led to the deaths? It is unlikely he would get drunk and drive, but maybe he was exhausted and fell asleep behind the wheel. That would make sense, which would explain him being innocent, yet feeling guilty and confessing to the crime. To find out for sure, keep watching the NBC soap opera.

Be sure to catch up on everything happening with DOOL right now. Come back here often for Days of Our Lives spoilers, news, updates, and rumors!