Days of Our Lives Spoilers: Kristen DiMera Unhinged – Will Lani Price Back Away? 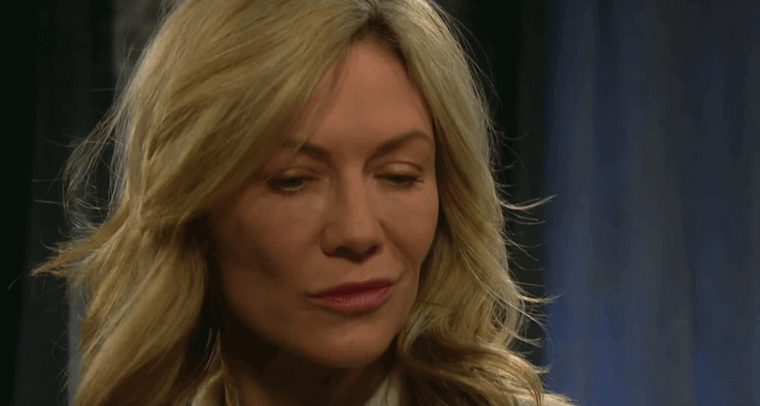 Days of Our Lives spoilers reveal the old Kristen DiMera (Stacy Haiduk) is beginning to emerge. So much for the reformed villain trying to live a life of peace and forgiveness. Even though she has gotten close to Lani Price (Sal Stowers), could the delusional woman be too much for Lani to handle? That is what some fans are saying and they could be right.

DOOL spoilers indicate that Kristen’s peace-loving nun ways were only temporary. Once she comes back to Salem and finds Brady Black (Eric Martsolf) kissing Nicole Walker (Arianne Zucker), all bets are off. She goes into a rage but this won’t be the only time.

Days Of Our Lives Spoilers Thursday, January 2: Steve’s Friends And Family Are Stunned – Kristen Wants Brady Back And Attacks Nicole – Gabi Is Stunned

Kristen has already seen one kiss between “Bricole.” However, she will soon see another one and it will send her over the edge. When she tries confronting Brady, Nicole pipes in to urge her new man not to take back Kristen. Then, the villain physically attacks her. Brady is left standing there in shock and it will be up to him to break up the fight between the two feuding women.

It will also leave him feeling conflicted. Should he give Kristen another shot or stick with Nicole, who could go back to Eric Brady (Greg Vaughan) when he returns from Boston?

Days of Our Lives Spoilers – Too Much For Lani Price?

Days of Our Lives spoilers reveal that Lani is already beginning to get fed up with Kristen’s antics. She needs Kristen to stay focused and on task so they can both get what was stolen from them. Instead, she is playing referee and babysitter to a deranged and delusional woman.

It could come to the point in which Kristen will go completely over the edge. Lani does want revenge and to get back what’s hers, but she also doesn’t want to hurt anyone. If Kristen returns to being a full-blown villain, then Lani just might wipe her hands of the woman. Then who will be there to catch Kristen when she falls? Fans will have to keep watching the NBC soap opera to discover what happens next.

The Bold and the Beautiful Spoilers: Ridge And Brooke At A Standstill – Is There Hope Left For ‘Bridge?’