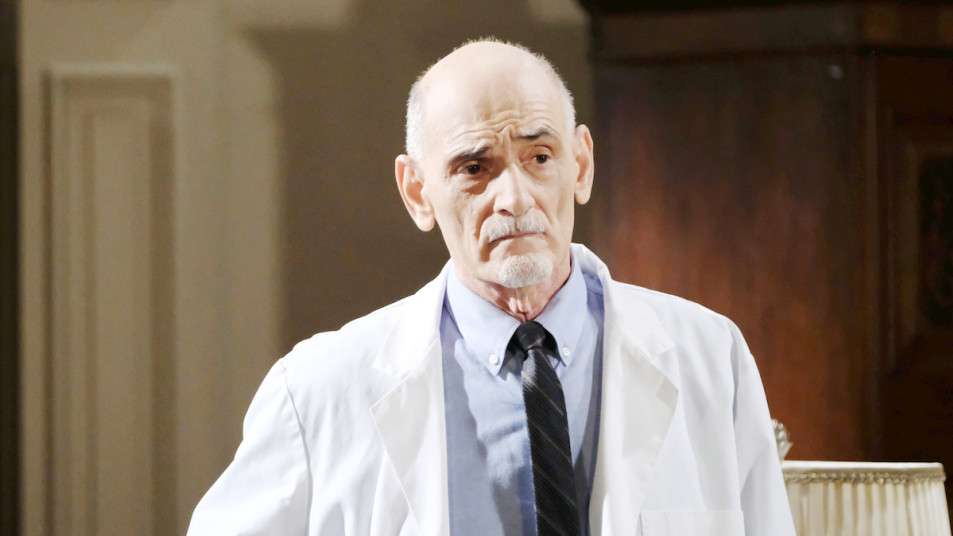 Days of Our Lives spoilers reveal John Black (Drake Hogestyn) begs Princess Gina (Kristian Alfonso) to help him find Stefano DiMera (Stephen Nichols) and Dr. Marlena Evans (Deidre Hall). However, will she really give up that kind of information without something in exchange? Meanwhile, Dr. Rolf (William Utay) ends up getting caught, but are the missing Salemites found?

DOOL spoilers reveal Marlena goes missing and nobody can seem to find her. Roman Brady (Josh Taylor) is already beside himself with worry, as he shared with Hattie Adams (Deidre Hall) during a recent episode. However, he won’t be the only one to fret about Salem’s favorite psychiatrist. Her husband, John will also be filled with concern and will go searching for “Doc.”

It is teased that John will become even more desperate when he can’t track down where Stefano has taken Marlena. He ends up going to an unexpected person for help. That individual is Stefano’s partner in crime, Princess Gina. John begs her to tell him where Stefano and Marlena are, but will she tell him anything? After all, she will want something in exchange and the one thing she has always wanted is John for herself. Will he make her some sort of wild promise or does he have another way to get the information he seeks?

Days of Our Lives spoilers reveal Princess Gina must give John some kind of information that pans out. It is confirmed that John ends up catching and apprehending Dr. Rolf. However, will there be a cost? We know at some point in the search, John gets knocked out. Or is this just a ruse in order to get Dr. Rolf to come close?

Days of Our Lives Spoilers: Turning On Stefano DiMera?

What happens after John catches Dr. Rolf? Is there anyway to get the mad scientist to turn on Stefano and reveal Marlena’s location? It’s possible that John might be too late. It is suggested that Marlena undergoes the special procedure that will transform her into the Queen of Night. Then, Stefano attempts to connect with the woman he desires. What will be the outcome? Is there anyway to get the real Marlena back or has John lost her forever? Fans will have to keep watching the NBC soap opera to find out what happens next.

The Bold and the Beautiful Spoilers: Wyatt Faces Balancing Act – Sally Thrilled To Be With True Love