Days of Our Lives Spoilers: Is Wally Kurth Back On Contract With DOOL? 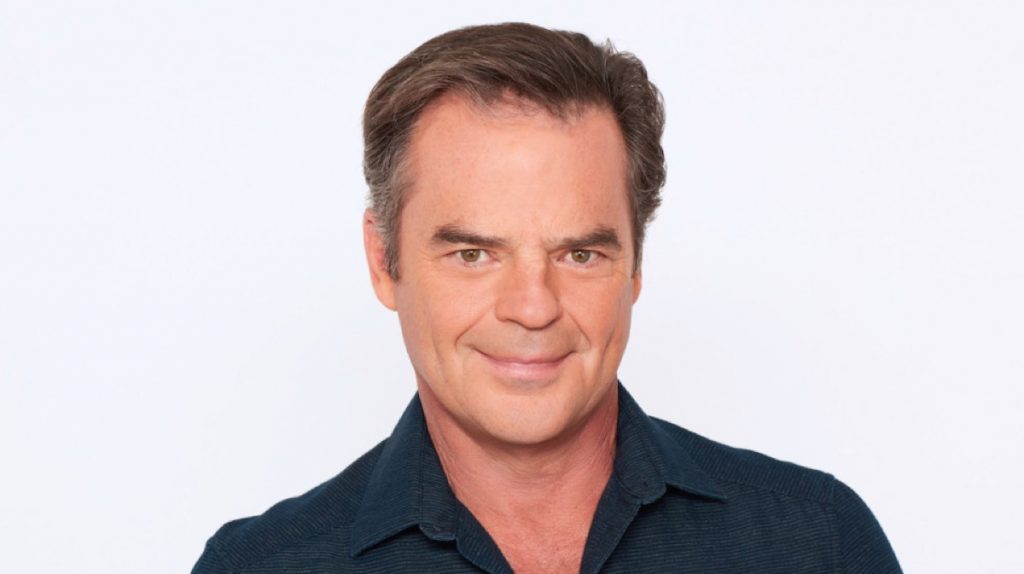 Jason47 reported that Wally Kurth is back on contract at “Days of Our Lives” as Justin Kiriakis. The actor, who used to be on a recurring status on the sudser, reportedly started shooting episodes under his new contract on March 2.

However, the actor clarified in a tweet that he is not on contract but he’s continuing to work on the soap.

“For the record, and because I believe in truth in journalism, I am actually not back on contract. But I am continuing to work on @nbcdays. Hapilly,” the actor said.

Days Of Our Lives Spoilers: Justin’s Conundrum During The Week of March 9

“Days of Our Lives” spoilers hint that Justin Kiriakis (Wally Kurth) will have some growing concerns regarding Stefano DiMera aka Steve Johnson’s (Stephen Nichols) and Kayla Brady (Mary Beth Evans).

Viewers may recall that in Kayla’s mind, Steve was a total jerk who abandoned her and showed no remorse whatsoever. But the truth remains that it wasn’t really Steve who did that to her. In fact, Steve is also a victim and this revelation has changed how Kayla thinks of him.

The family of Hope Brady, who’s still stuck as Princess Gina (Kristian Alfonso), will continue to fight to get her back. The same goes for Kayla. Sure enough, she’ll do whatever she can to get Steve back.

This is exactly the reason why Justin will feel agitated. He understands what happened to Steve was unfair and unjust. Something must be done to fix it.

The problem is he’s already fallen for Kayla and doesn’t want to lose her. She’s been by his side since Adrienne Kiriakis (Judi Evans) death, which will make it harder for Justin to let her go.

He’ll confide in Jack Deveraux (Matthew Ashford). The latter wants Steve back but he also understands Justin’s situation. He’ll just tell Justin that nobody really knows what will happen next and that means there’s a chance that Kayla may choose him in the end.

Spoilers also hint that Steve will return to normal eventually. When that happens, Kayla will reunite with him. Justin will be left heartbroken but his struggles and hardship will come to an end soon. This may have something to do with Adrienne’s return as Judi Evans is set to reprise her role in the sudser.

The Bold and the Beautiful Spoilers: Steffy Tells Hope The Truth About Thomas