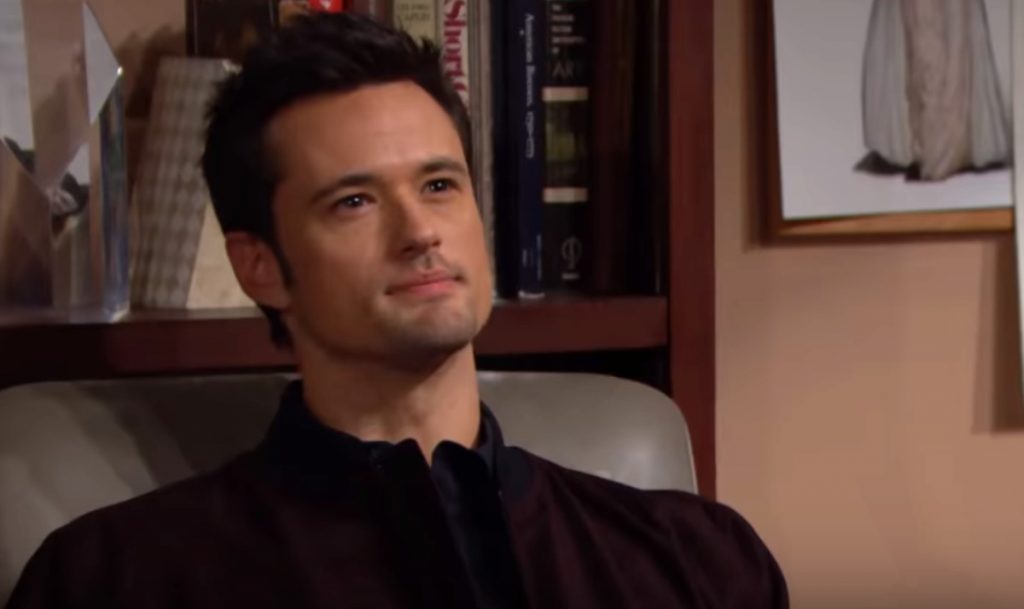 The Bold and the Beautiful Spoilers – Thomas Forrester Is A Monster!

The preview video begins with “Dollar” Bill Spencer (Don Diamont) discussing Thomas with Brooke Logan Forrester (Katherine Kelly Lang). Dollar Bill tells Brooke “Thomas is a MONSTER!” which is nothing that Brooke doesn’t already know! She has been saying this for a long time, with Ridge Forrester (Thorsten Kaye) only wanting to see the good (WHAT good?!) in his son. This has caused many problems in their marriage, as viewers of The Bold and The Beautiful know!

Steffy Forrester (Jacqueline Macinnes Wood) talks to Hope Logan (Annika Noelle) and Liam Spencer (Scott Clifton) about Thomas, warning Hope that Thomas hasn’t really moved on and that he is still obsessed with her. The scene shifts to one of Thomas sitting on a couch, with his young son Douglas Forrester (Henry Joseph Samiri) just prior to when his wedding to Zoe Buckingham (Kiara Barnes) is to begin, both dressed in matching white tuxedos. Thomas tells Douglas to convince Hope to marry him instead.

Zoe and Thomas hold hands as they get ready to take their marriage vows in front of Carter Walton (Lawrence Saint-Victor) who is officiating at the marriage. Steffy continues, telling Hope that Thomas’ wedding to Zoe is merely manipulation, designed to get Hope back – as Liam stands by. Liam then says he, meaning Thomas, has to pay for all the lives he’s been playing with, as scenes of Brooke, Ridge, and Hope, as she is comforting Douglas, flash by. Hope says tomorrow is Thomas’ day of reckoning – and Thomas will pay!

As longtime viewers of The Bold and The Beautiful will recall, Thomas has a long history of manipulation, and when he returned to Los Angeles with his son Douglas in 2019, following the sudden death of Douglas’ mother, Caroline Spencer ll (Linsey Godfrey) he had set his sights on Hope as a potential replacement mother for Douglas, noting the rapport they shared with each other.

He eventually found out that Hope’s daughter, Beth Spencer (Madeline Valdez), was still alive and threatened everyone with knowledge of this to secrecy to prevent her from going back to Liam, resulting in him killing Emma Barber (Nia Sioux) by running her off the road when she fled to confess the truth to Hope. Thomas was able to persuade Hope to get married, all the while keeping the secret that her infant daughter Beth was still alive. When the truth finally came out, Thomas went into hiding and Hope pursued an annulment of their marriage.

After learning that Hope had gone to the beach house, Thomas surprised her there and tried to apologize for what he had done. As Hope is tried to get away from Thomas, Brooke arrived and saw Hope struggling to break free from Thomas. Brooke came between the two and pushed Thomas away, causing him to fall over the cliff. He was rushed to the hospital in a coma but eventually regained consciousness.

When Ridge confronts him about all that he had done, Thomas tearfully confessed and begged for forgiveness only to go back to his scheming and manipulations to get Hope back!