Days of Our Lives Spoilers: Is Ben At Risk of Another Psychotic Break? Robert Scott Wilson Teases the Answer 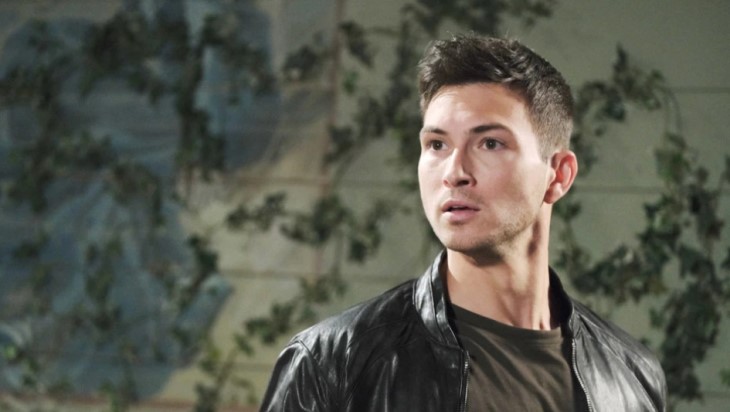 DOOL spoilers reveal that Ben has quite the checkered past. Once coined the Necktie Killer, the young man had a psychotic break that led him to go on a killing spree. Since those days, he has been reformed and even performed a few heroic acts.

However, fans are still conflicted about the character. Some love the man he has become, while others will never see him as anything but a serial killer.

In the latest issue of CBS Soaps in Depth, Wilson talked about going to prison for the one murder he didn’t commit — that of his sister, Jordan Ridgeway (formerly Chrishell Stause). He was given the death penalty. As fans recently saw, he flatlined after being given the lethal injection. That is, until Ciara made a bold and downright crazy move in order to stop the execution.

It would be easy to understand if the experiences traumatized him. However, he seems to have jumped right back into regular life. This includes romancing Ciara, talking about their future together, and going job hunting.

Days of Our Lives Spoilers – Violent Outburst Cause for Concern?

Days of Our Lives spoilers reveal that viewers are concerned that Ben really isn’t as “okay” as he seems. However, Wilson assured fans that Ben isn’t going to revert back to his serial killer ways. Sure, he literally wrings Evan’s neck, but some would say he’s justified after what the troubled young man put Ben through.

Wilson explained that even though Ben is mentally stable, the actor hopes that he doesn’t become “too good.” He enjoys the many layers of Ben, including him being a bit of a threat despite him being redeemed.

He also teased that things won’t be smooth sailing for Ben. There are still those in Salem who don’t trust him, and a few that would like to see him fall.

“He’s going to be tested many times over his [journey] in Salem — people will try to push him to snap. But it will be up to Ben to maintain his composure, remain a good person, and let love and light guide his way rather than the darkness.”

Bold and the Beautiful Spoilers: Hiding Flo’s Body From Wyatt – Sally’s Scheme Spirals Out of Control