Days of Our Lives Spoilers: Gabi Reaches Out To Rafe For Help – She Has No Job And No Home 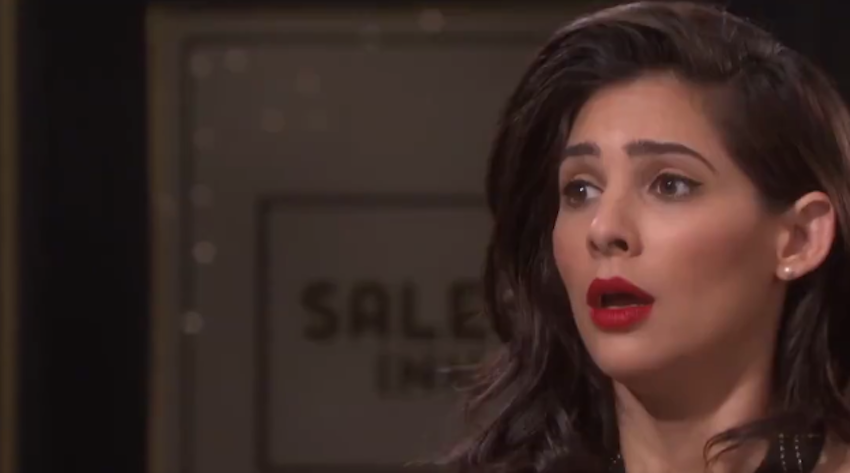 Days of Our Lives viewers will recall that Gabi was not only ousted from DiMera Enterprises itself, but she was also removed as owner of GabiChic and she couldn’t get into her store, and the whole line is in the process of being rebranded and renamed. She’s in about the worse trouble she’s been in financially for a long, long, time, and she is supposed to be helping support her daughter with Will Horton (Chandler Massey) Arianna Horton (Sydney Brower) along with Will, although it’s likely that Sonny Kiriakis (Freddie Smith) chips in quite a bit as well. Gabi doesn’t know what to do – she has to move herself and Ari out immediately, Chad DiMera (Billy Flynn) gave her no grace at all for finding a place to live! She took a room at the Salem Inn for the time being, but she knows that her money will run out fast with no job to replenish her funds.

Will and Sonny want to wait until Victor Kiriakis (John Aniston) is out of the hospital and back home since it’s his decision. Plus they worry about Ari hearing about Victor on the news and she might be scared because of his having been stabbed there in the home. She’s been a little trooper through her daddy Will’s incarceration and release, but no child should go through this much stress! This is one big point she will make to Rafe when she makes her pitch for her and Ari to move in with him at his house.

Rafe Hernandez Is All About Family But This Is Terrible Timing!

Rafe is all about family, but this is terrible timing! If the family court case for him to win rights to adopt David Ridgeway (Caleb and Kyler Ends) wasn’t going on, and Justin Kiriakis (Wally Kurth) hadn’t warned him Zoey Burge (Alyshia Ochse) could bring up Gabi’s criminal history and her potentially having access to David as a reason for Rafe not to have David, it would be different. He doesn’t want Ari living part time in a hotel and part time in a murder mansion so he okays her moving in but has the extremely difficult decision whether to let Gabi herself move in or not!

Days Of Our Lives Spoilers: Rex Argues With Sarah In Paris About Who's The Daddy! Convinced It Is His! #DOOL #DaysOfOurLives #Days https://t.co/G7zR00SzJV

He asks her if she can move back into the Kiriakis mansion and she says since Maggie Kiriakis (Suzanne Rogers) is in prison and Victor is in the hospital she isn’t sure about it. Brady Black (Eric Martsolf) is in jail and he doesn’t have a say so anyway since he’s not living there himself. Justin isn’t living there anymore either, Rafe calls and asks his opinion – he also thinks it would be better to get the okay from Victor as well because he is not exactly fond of Gabi! Rafe explains the family court situation and ponders the situation and comes up with a compromise – he will pay for her room and board at the Salem Inn until Victor is well enough to make a decision about her moving back in her old room at the Kiriakis mansion.

Days of Our Lives Spoilers: Kayla Has News For Steve – But Both Share A Tender Moment