Days Of Our Lives Spoilers: Everyone’s Worried About Kayla And Marlena, Orpheus Kidnaps Both Women? 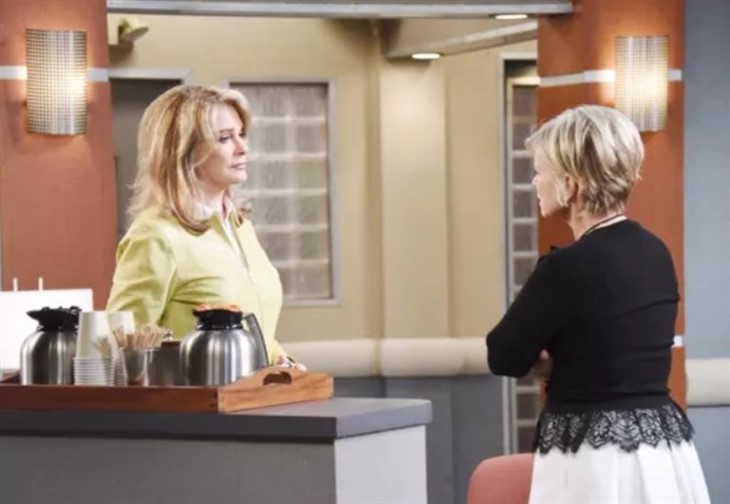 NBC Days of Our Lives spoilers reveal that John Black (Drake Hogestyn) will fear for Marlena Evans’ (Deidre Hall) safety. Meanwhile, in Salem Roman Brady (Josh Taylor) and Steve Johnson (Stephen Nichols) are going to worry about Kayla Brady (Mary Beth Evans). Orpheus (George DelHoyo) has kidnapped both before, will he end up doing it again?

Days Of Our Lives – Orpheus Returns To Salem

DOOL spoilers reveal that Orpheus will break out of prison and come to Salem. It is teased that around that same time, the lights go out all around town. Now, what is interesting is that the lights went out city-wide during one of Orpheus’ previous returns. In fact, Clyde Weston (James Read) was with him on that occasion and will be joining forces with Orpheus this time, too.

When Orpheus comes back to town, he corners Marlena and tries convincing her that he needs her help. Now, we don’t expect Marlena to fall for this. After all, she has spent many years dealing with Orpheus and knows he is a masterful manipulator. However, if he plans on kidnapping Marlena and holding her hostage, he will do it whether she goes willingly or not.

Days of Our Lives spoilers reveal that John will become concerned about Marlena. While he is fearing for her life, Belle Black (Martha Madison) shows up and learns what is going on. She will likely call her husband on the police force, Shawn Brady (Brandon Beemer). But with all the power out, there isn’t a whole lot anyone can do.

Days Of Our Lives Spoilers – Worried About Kayla Brady

It is teased that Marlena won’t be the only Salemite that people are worried about. Roman and Steve both become concerned about Kayla. Now, since Orpheus is returning, it wouldn’t be a stretch to assume he kidnaps both women. After all, he has done it before and still has major beef with both John and Steve.

What do you think is going to happen with Marlena Evans and Kayla Brady? Will Orpheus end up kidnapping them both? What does the supervillain want in exchange for their safe return? Or could he plan on ending their lives as revenge? How will John Black and Steve Johnson save the women they love this time?