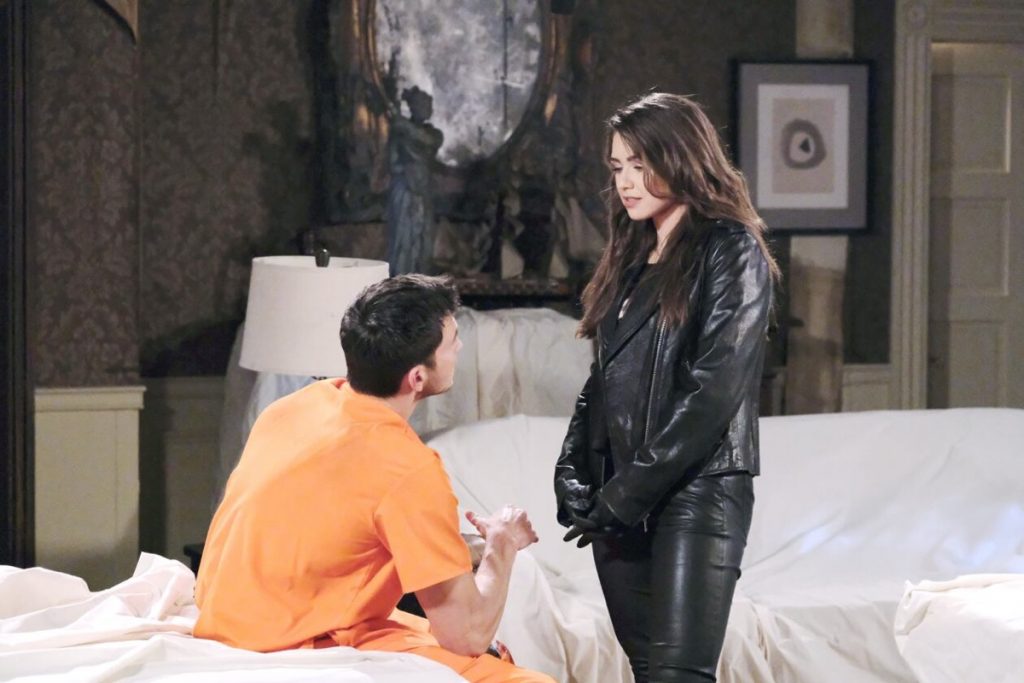 Days of Our Lives spoilers reveal Ciara Brady (Victoria Konefal) has a new theory regarding Jordan Ridgeway’s (formerly Chrishell Strauss) killer. However, Rafe Hernandez (Galen Gering) finds Ben Weston (Robert Scott Wilson) and tries to arrest the escaped prisoner. This leads Ciara to take drastic action to stop the arrest from happening before the state executes the man she loves.

DOOL spoilers indicate Ciara’s original theory panned out, but not for Ben. It ended up proving Will Horton (Chandler Massey) confessed to a crime that was not his fault. However, this still leaves Ben wondering who killed Jordan and why they framed him for the murder.

Ciara has a new killer theory and needs time to prove it. However, time is simply not on their side with his execution date coming up.

After Clyde Weston (James Read) made sure Ben could escape, Ciara was there to pick him up. Injured, they needed a place to hide. They picked the DiMera estate and even contemplated just going on the run. However, Ben wouldn’t take Ciara on the run with him because he won’t risk her freedom. She’s already going to be in hot water for picking him up after the escape and hiding him from the authorities.

Days of Our Lives spoilers confirm Rafe finds Ben and tries to place him under arrest. A sneak peek photo published in Soap Opera Digest shows him trying to put the handcuffs on Ben. In the background, Ciara is crying and screaming. This leads her to come up with a drastic plan to stop Rafe.

Ben and Ciara must manage to get away from Rafe somehow. The detective does tend to follow procedure. However, he also remembers when his sister, Gabi Hernandez (Camila Banus) was in prison for a crime she didn’t commit. The same thing happened to Hope Brady (Kristian Alfonso) too. So, Rafe might give them a short period of time to dig for the truth. But will they be able to find evidence that Evan Frears (Brock Kelly) is guilty of killing Jordan? Or is Ben’s execution inevitable?