Days of Our Lives Spoilers: A New Romance Between Abe And Kate Might Be In The Works – True Love Or Manipulation? 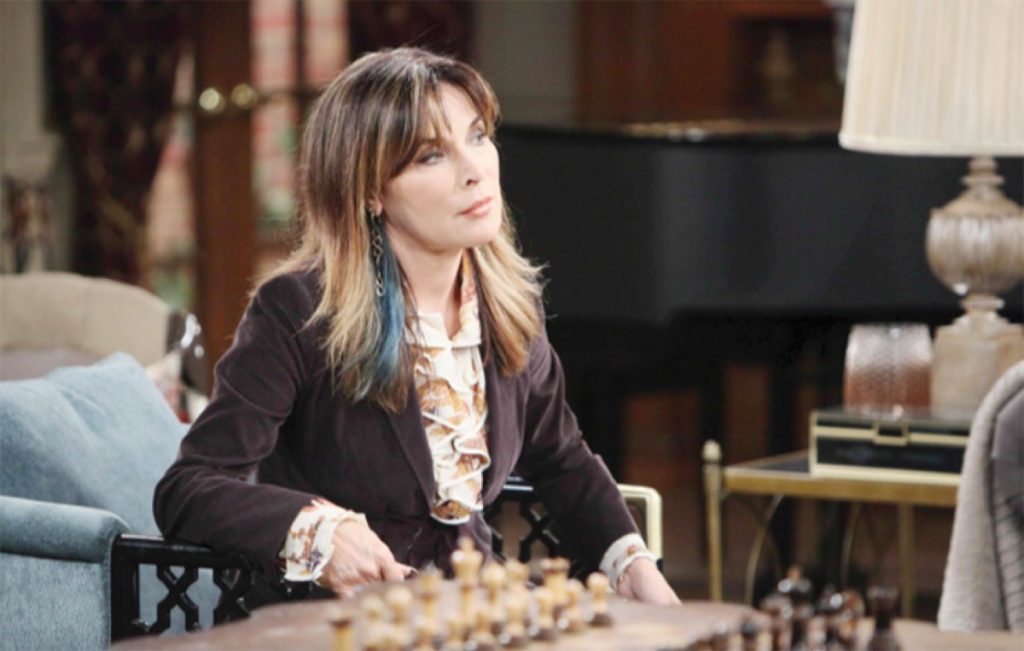 Days of our Lives spoilers tease that a hot and heavy romance may soon be steaming up the Salem scene. Did you catch sexy Kate Roberts (Lauren Koslow) sidling up to Abe Carver (James Reynolds)?

She’s interested in a job, but these two could be much more than colleagues if the sparks between them grow into a flame.

And why not? Each is brainy, good-looking and single. It would be fun to see straight-laced Abe mix it up with vixen Kate especially when she skirts the wrong side of the law.

Abe hasn’t been lucky in love recently, striking out most recently with spicy con artist Sheila Watkins (T-Boz Watkins). These two were a pleasure to watch, as uptight Abe struggled to come to terms with Sheila’s feisty penchant for shady shenanigans.

Why didn’t these two pan out? She apparently left town to allow his campaign to proceed untainted by her presence. Well, Sheila’s loss could be Kate’s gain.

Will Abe hire her as she requested? She pressed on about her PR skills and ability to spin things his way as Spokesperson of City Hall.

For her part, Kate has had a string of bad luck with men. There was Ted Laurent (Gilles Marini) who totally snowed her about being clean and upright when in fact he was shady as the night.

Then there was hillbilly con artist Clyde Weston (James Read). She knew he was trouble and didn’t care. Isn’t it about time she wises up and picks a good guy for a change?

Unfortunately, she didn’t get off on a good foot with Abe in her interview. He was mad that she applied under a false name but she reasoned that he may not have interviewed her otherwise.

Days of Lives Spoilers: Gabi Spars With Tony And Chad As She Battles For The DiMera CEO Position https://t.co/SnkO4ldFls pic.twitter.com/aoriu5t6If

Before he listens to her she has to sit and take a lecture about her part in allowing Patchano (Stephen Nichols) to run amok. There are a few other issues he has with her including his son being shot. Oopsie.

Days of our Lives spoilers – What’s next for Abe Carver and Kate Roberts in Salem?

Still, Kate dug her heels in and pled her case. If Abe were smart he’d realize that she will bring this same tenacity to the spokesperson job.

It would be awesome to see these two DOOL vets mix it up professionally and personally. Isn’t time for Kabe to be a thing?

The Young and the Restless News: Y&R And AMC Alum Eva La Rue Welcomes A New Addition To Her Family