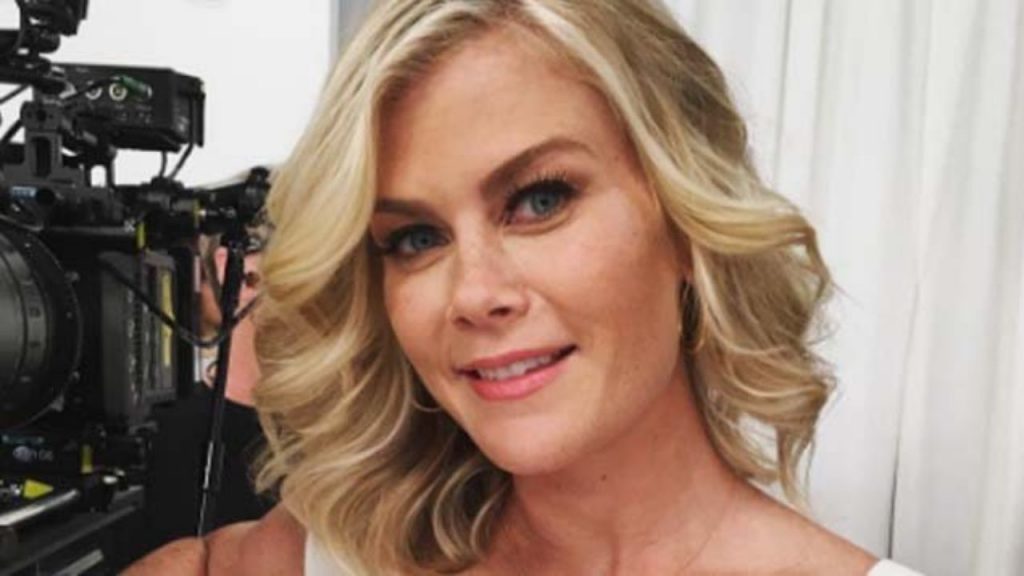 Alison Sweeney has been with “Days of Our Lives” for more than 20 years and during her stint as Sami Brady, she’s had lots of wedding storylines. The actress took a trip down memory lane after one Twitter user with the handle, Daysofour_lives, for posting photos of some of her alter ego’s many weddings.

She referred to the post as a “fantastic #throwbackthursday.”

Some of the photos uploaded featured her nuptials with Austin Reed in France and in Salem. There were also snaps that showed her wedding to Franco at the Kiriakis mansion. Viewers know that Sami ended up on death row for allegedly shooting her groom before the wedding.

There were also photos of her character during her third and fourth wedding with Lucas. There were images of her tying the knot with Brandon at City Hall. The photo series also featured her wedding with E.J. DiMera and Rafe Hernandez.

For those who are wondering, Sami walked down the aisle for a total of 14 times. But as expected, she didn’t reach the altar and got to say I Do in each one. Only about half were successful weddings and in three instances, her groom was shot during their big day.

Days of Our Lives Spoilers: Chad and Abby Take Opposite Sides Over Sarah and Kristen’s Baby Battle https://t.co/Io5oSenXFD pic.twitter.com/Yw2swWeQQy

Does She Have A Favorite?

“I can’t believe that I can still remember every single wedding storyline,” the actress said. Sweeney also admitted that it’s hard to choose a favorite.

“Or non-wedding as the case may be. it was so fun to find out Sami was scheming another wedding because Richard Bloore (the Days costume designer) and I would discuss what style we hadn’t yet tried and he would create the most magnificent gowns,” the actress recalled.

Sweeney left “Days of Our Lives” last year but she’s been keeping herself busy since her exit. Some of her projects after she left the sudser include “Chronicle Mysteries: The Deep End” and “Time for You to Come Home for Christmas.”

“Days of Our Lives” spoilers hint that John Black (Drake Hogestyn) will be the bringer of bad news for Marlena Evans (Deidre Hall). The two are on cloud nine and getting ready to restart their relationship. But it seems like their happy days aren’t bound to last for long.

The couple faced problems courtesy of Stefano DiMera aka Steve Johnson (Stephen Nichols). Although Steve will soon regain his memories, they’d have to deal with another ordeal, and it’ll be in the form of Orpheus (George DelHoyo).

General Hospital Spoilers: Sasha Has Carly Over Her Shoulder – And Wants Her Gone