’90 Day Fiancé’ Spoilers: Brittany Dating Somebody Else? Did She Use Yazan For Fame and PR? 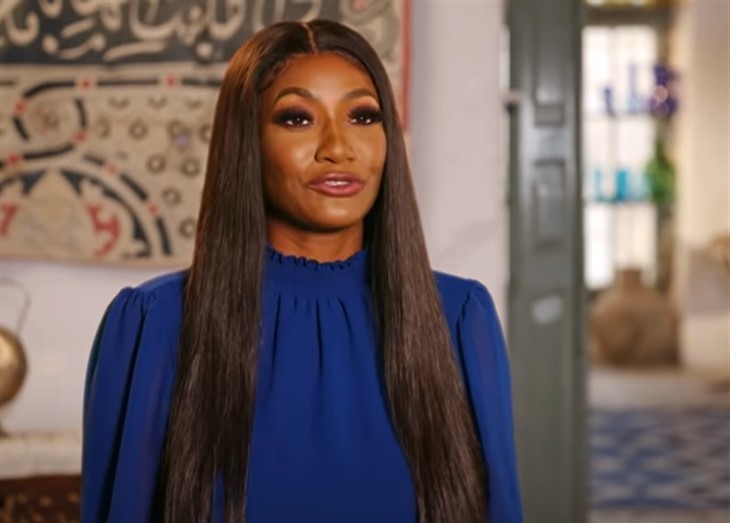 TLC’s “90 Day Fiancé-The Other Way” star Brittany Banks has hinted that she is actually dating somebody else, not Yazan Abu Hurira!

As viewers no doubt have noticed, Brittany’s lifestyle doesn’t exactly jive with Yazan’s. Some fans have come to the conclusion that the whole relationship is nothing but a publicity stunt. Twice Brittany has been seen with other men, leading to the belief that she is dating someone else.

Of course, the show is taped far ahead of when it airs. Usually, it can be as much as a year or more ahead of airdate. A good example is that of Brittany’s castmate Ariela Weinburg, who gave birth to her baby via c-section in last week’s episode. Little Aviel Biniyam Shibre is now ten months old! Brittany, who has been trying to get into a rap career, already had over 300 thousand followers on Instagram before she ever went on “90 Day Fiancé-The Other Way”.

Fans point to Brittany having a relationship with Yazan while she was still married and then taking so long to obtain a divorce, which she still hadn’t as of last week’s episode. As for the two men she has been seen with publicly and assumed to be dating, one is Usman Umar, the ex of Babygirl Lisa Hamme, and the other is a rapper named K-Slim. Usman has denied dating Brittany and Brittany has denied even knowing him, but she hasn’t said anything either way about K-Slim or neither has he, leading fans to think that the two are dating!

Brittany recently struck back at haters who accused her of using Yazan for fame and their relationship for a publicity stunt. Viewers will recall her talking about her previous relationships, one being an 85-year-old man and a couple of other older men, who apparently thought she was cute with her braces! She was also married for the first time at 17 years old. Then she came across Yazan, Jordanian, and fresh out of college. Brittany seemed to have bid goodbye to her bikini pics on Instagram and her rap career, although she arrived at the airport in Amman, Jordan with vodka in her baggage.

Viewers will recall how he went ballistic over that and even worse over her friendly hugs of the TLC production crew! Of course, this was a major culture clash between the two. Fans wondered why she would date Yazan, to begin with, especially when it was revealed she was still married to her Haitian ex – which begs another question.

If her ex is Haitian, and she lives in Palm Beach, Florida why did she file for her divorce in Chicago, Illinois?! Viewers couldn’t help but wonder if she was dating Yazan to be on “90 Day Fiancé” and to obtain reality tv fame. Brittany, in her latest Instagram post, struck back. She wrote about women’s’ rights and being free to dress however she wants. Fans drug Yazan’s family and their expectations into the situation.

One commented she hoped that Brittany didn’t ruin Yazan’s life for a few minutes of fame! Brittany struck back with that if she wanted to be famous she’d be dating a rapper or an athlete and said no one on TLC is famous. Well, that’s not quite true – they are to their fans! Brittany wants an apology from every single person who attacked her or judged her character when the tell-all comes out!