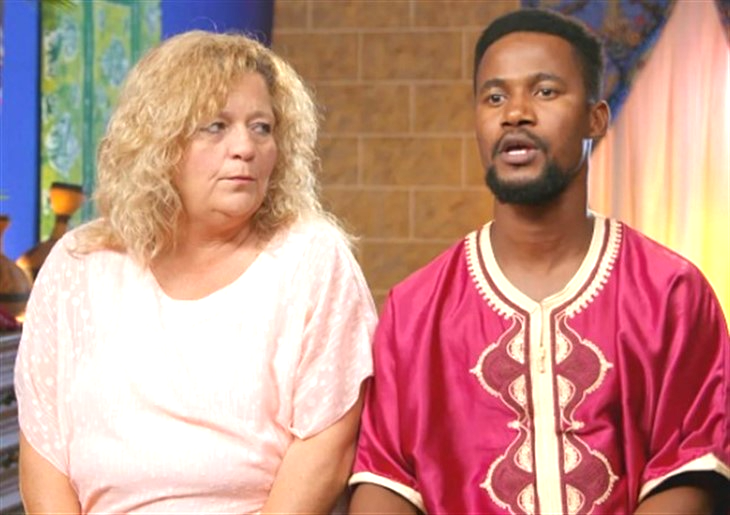 TLC’s 90 Day Fiancé stars Lisa Hamme and Usman “Soja Boy” Umar are reportedly still fighting, but this time over the divorce papers that Soja Boy recently served Lisa with. 90 Day Fiance fans will recall they split up last May.

Soja Boy says that he and Lisa are no longer together, or trying to work anything out with each other. He served her with divorce papers last week (as of December 22) and said she won’t accept or sign them. He says that his lawyer called her to get her reasons why she won’t accept the papers but she yelled and the lawyer and hung up. Usman continues, saying that after that incident she made a Zoom call and accused her of lying to people about the events that led up to his filing for divorce. He claims also to be happy and getting better, after the drama surrounding the money he accused Lisa of taking from “Keep In View”.

Since Lisa hasn’t complained about ending their marriage or getting a divorce, it apparently is something in the divorce papers themselves that she is objecting to unless Soja Boy is the one lying! Divorce papers frequently contain wording of property or financial resource division unless the two people do not own any property or other financial resources together. Lisa recently went live on another Zoom call that people had to pay $5.00 apiece to participate in, where she confirmed the news of her and Soja Boy’s divorce. When one compares his side of the story and hers, it seems clearly to be a “he said she said”.

Last March, Lisa had publicly accused her ex of using her to further his music career by getting on the 90 Day Fiancé program. Lisa said Usman didn’t want her, he only wanted publicity for his rap career and himself to promote his music. She recorded an Instagram Live that she deleted to deliver her accusations, but blogger John Yates was able to capture it before it became no longer available for viewing and reposted it. Lisa says that both she and Usman’s brothers tried to work with him.

She goes on to say Usman thinks it’s all about him, and that he is just going to do what he wants with no apologies about the bad things he has said about her. Lisa claims Usman is posing as someone would in a romance scam, which happens to be illegal in Nigeria, where he hails from. Lisa doesn’t like that stigma being attached to the country of Nigeria because of Usman’s actions.

After her rant about Usman on the now-deleted Instagram Live, an insider stood up for Usman, saying Soja Boy is no scammer and the insider thought he must be living a much better life than Lisa is. By June, Lisa was ready to leave her past with Usman behind for good. She said she was totally done with him, emotionally, physically and mentally. That is one thing both can agree on – they are done with each other!

The Bold And The Beautiful Spoilers: Hope’s Revenge Affair, Beds Finn After ‘Steam’ Secret Comes Out?