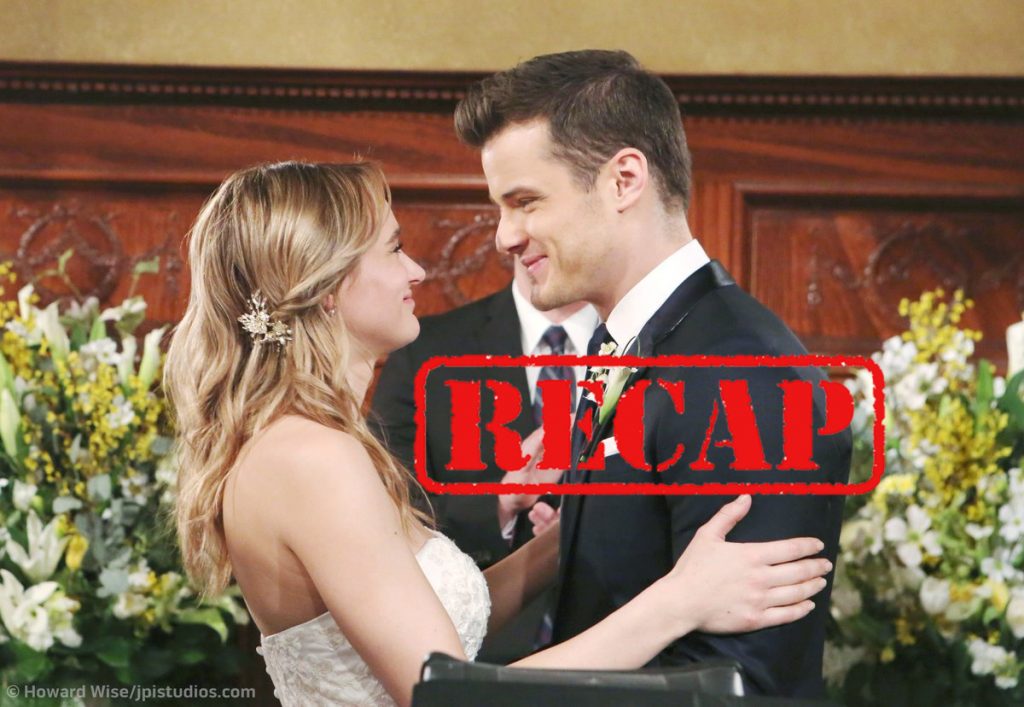 “Young and the Restless” (YR) recap for Friday, March 15, 2019, reveals that over at his place, Nick Newman (Joshua Morrow) advises Billy Abbott (Jason Thompson) by phone to keep looking for Rey Rosales (Jordi Vilasuso) and says he has a wedding to attend. After, Summer Newman (Hunter King) gushes about her wedding day. Nick grumbles it was awfully fast. Nick’s irked when Phyllis Summers (Gina Tognoni) arrives, but she convinces him to set aside his anger for today.

At the Abbott mansion, Jack Abbott (Peter Bergman) warns Kyle Abbott (Michael Mealor), laying on the couch, he’ll be late for his wedding, then advises he doesn’t have to go through with this. Kyle tells his dad he wants this more than he could possibly know. Jack loves him and wants the best for him. Kyle loves him too.

At the penthouse, Ana Hamilton (Loren Lott) warns Devon Hamilton (Bryton James) if he checks up on her again, she’s out of there. Devon defends himself but Ana rants about him respecting her life. Devon tells Ana she was the one person he could trust; he wants to know why she lied. Ana just wanted him to back off then adds he betrayed her trust. Devon apologizes. They agree to go back to how things were and embrace.

At the Athletic Club, Summer Newman nervously asks her parents, “Kyle Abbott will show, right?” They reassure her. Victor Newman (Eric Braeden) tells Summer she looks beautiful. Nick Newman takes Victor aside to ensure he won’t start anything with Phyllis Summers. Victor relays he has a call into the Governor’s office about Nikki Newman (Melody Thomas Scott).

Y&R’s Mariah Copeland and Tessa Porter enter and ask Summer Newman if Kyle Abbott is coming. Summer warns them about trying to ruin this and greets Kerry Johnson (Alice Hunter) and Jack Abbott, who says Kyle was getting dressed when he left. Summer then leaves Kyle a voicemail reminding him of the consequences should he not show up.

Phyllis Summers gulps her champagne as Summer worries. Nearby, Victor Newman needles Jack – he’s looking forward to being a father figure to Kyle again…if he shows up. Abby Newman (Melissa Ordway) and Arturo Rosales (Jason Canela) arrive, and she assures him she won’t cause issues in case Summer is Lola Rosales’ (Sasha Calle), donor.

Kyle enters and with back turned so as not to see Summer, assures her he will follow through. He downs champagne after she chirps, “Love you.” Soon, the Wedding March begins, and Phyllis and Nick walk Summer up the aisle. When prompted to say their own vows, Summer talks about having loved Kyle for a million years – he knows her and she will always love him.

In the hospital, Lola Rosales tries to reach Kyle Abbott but gets his voicemail. She asks, “Where are you?” She misses him and says she loves him.

Back over at the Club, Y&R’s Kyle Abbott talks about his love for Summer Newman coming in like a wrecking ball – she’s smart, beautiful and passionate. He’s not sure of anything except that fate brought them together and promises to stand by her side. Kyle produces a ring which was the reason he was late. Summer loves it, and loves him. Abby Newman does a near eye roll as the rings are exchanged. Kyle and Summer share their first kiss as husband and wife.

Summer and Kyle mingle with their guests as Victor Newman tells Abby he’ll fight the verdict with every fiber of his being. Mariah Copeland pulls Kyle away to marvel – he said he’d do anything for Lola Rosales, and he did. Kyle can’t speak to Lola – he just can’t – but the transplant’s a go. Meanwhile, Phyllis Summers thanks Kerry Johnson for her friendship, and Victor corners Kyle to offer him a position at Newman Enterprises. Kyle agrees to think about it as Victor assures him the door’s always open.

Kerry tells Jack that Phyllis is going to keep Ashley’s products out of the marketplace. Jack walks away and Kerry texts, “The Jabot war has begun.”#YR pic.twitter.com/298JkLa6y7

Kerry Johnson rejoins Jack Abbott and alludes to having intel. Summer Newman finds Kyle Abbott and says she got them a suite to celebrate in tonight. In the suite, Summer knows Kyle Abbott isn’t over Lola Rosales and needs time, but hopes he will meet her halfway. Downstairs, Abby Newman questions Mariah Copeland, who keeps mum. After, Tessa Porter muses Lola’s heart will be broken, and Mariah feels half the world’s on fire. Tessa cheers her with reasons she loves her then adds they’ll get through the craziness together. 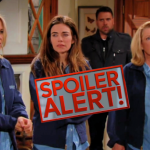 At a table, Y&R’s Kerry Johnson updates Jack Abbott that Phyllis Summers is targeting Ashley Abbott’s (Eileen Davidson) products. She then texts… Across the room, Nick Newman gets a call that Billy Abbott found Rey Rosales and tells Victor Newman he has to go. In the suite, Summer Newman is nervous about tomorrow’s surgery and asks what if she doesn’t survive. Kyle Abbott pulls her into a hug and says he won’t let anything happen to her and will be there every minute. Summer whispers, “Promise?” He does. They kiss, then begin undressing as Kyle lowers Summer onto the bed to make love.

In the hospital, Lola Rosales lays alone, staring at the phone. And that’s a wrap. Don’t forget to check often with Soap Opera Spy for all your soap needs!