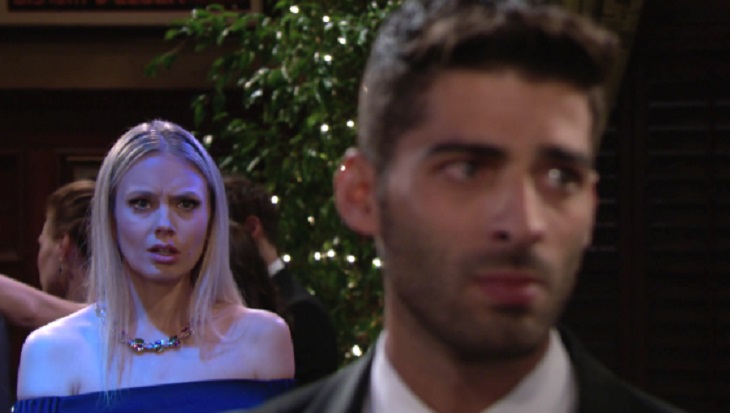 Couples have long been a staple on ‘The Young and the Restless’ and on every other soap opera. Daytime viewers continue to be interested in love and the conflicts that are connected to this natural human emotion. Stemming from this soap staple, members of the Rosales’ family, Sharon (Sharon Case), and Abby (Melissa Ordway) could soon be impacted.

‘Shey’ is again being teased, as Sharon and Rey’s (Jordi Vilasuso) forced, platonic night together proves. Clear chemistry exists between this potential pairing, which is tied to the possible revival of ‘Marturo’.

Mia (Noemi Gonzalez) and Arturo (Jason Canela) were each other’s first loves when they lived in Miami, Florida. Teenagers at the time, viewers have been told that they eventually went their separate ways, which led to Mia then marrying Rey. These characters didn’t exist until 2018, so dialogue about backstories serves to inform Y&R’s audience.

‘Marturo’s’ reboot caused serious strife in ‘Ria’s’ (Rey and Mia) marriage. Rey came to leave his wife and accept a job offer from the police commission in Genoa City, where he’s since been investigating the J.T. (Thad Luckinbill) case. This messy matter has been referenced because Mia has evidenced a continued romantic interest in Arturo, who is Rey’s brother and Abby’s current significant other.

Meanwhile, Abby and Devon (Bryton James) have been friends for a number of years. They’ve recently agreed to run a restaurant together. With Hilary (Mishael Morgan) now merely a memory, Devon is single and remains emotionally vulnerable.

Any one of the people mentioned could trigger up to three couple switches. If Rey and Sharon advance their connection, Mia would likely target Arturo. He in turn could seek solace in Mia’s arms if Abby and Devon experience a spark.

Other variations could also bring about teased shifts in current romantic pairings, including the potential of Summer (Hunter King) to reignite trouble when she returns in the near future. However, the love life of another Rosales’ family member, Lola (Sasha Calle), through her pairing with Abby’s cousin, Kyle (Michael Mealor), seems solid in ‘Kola’. But daytime love lives are ever in flux.

EastEnders Spoilers: Linda Gets Mick To Open Up, Keanu And Louise Grow Close